There are currently more than 13,000 patients awaiting cataract treatment in Gauteng. 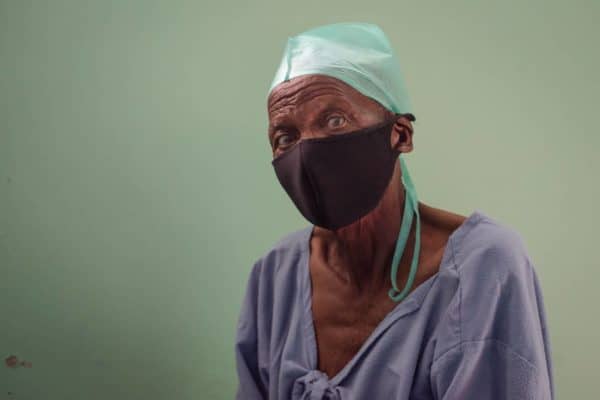 Anios Morale, a patient from Welverdiend, before her eye surgery on 17 June 2021, at Tintswalo Hospital in Acornhoek, Mpumalanga. Picture: Jacques Nelles

In a written response to his query, Gauteng health MEC Nomathemba Mokgethi confirmed that the waiting list currently contained 13,603 patients.

Bloom noted that “many will suffer as long as two years before their sight can be restored”. The hospital with the longest waiting list is Chris Hani Baragwanath Hospital, with 2,572 patients awaiting treatment.

An exact figure was not provided for the Thelle Mogoerane Regional Hospital in Ekurhuleni. However, Mokgethi confirmed “more than 2,500” patients were awaiting treatment.

At Sebokeng Hospital in the Vaal, 2,256 patients were on the waiting list, while Dr George Mukhari Academic Hospital in Tshwane had 2,115 patients still awaiting treatment.

Bloom pointed out that the waiting times were variable, with the “longest being two years at Mamelodi Hospital, 22 months at Sebokeng Hospitalvand 18 months at the Chris Hani [Baragwanath] and George Mukhari hospitals.”

The turnaround time for cataract patients receiving treatment at the Tambo Memorial Hospital in Boksburg is fairly fast compared to the rest – only a four-week wait.

While Mamelodi Hospital – with a backlog of 1,040 cataract patients on the waiting list – is in need of additional theatres and staff, Sebokeng Hospital operations have been cancelled due to a lack of clean linen.

In addition, Bloom learned that Covid-19 had an impact as well, with the cancellation of elective surgery due to the pandemic cited as a “major reason for some of the backlogs”.

“On the other hand, Tambo Memorial Hospital has done well by doing operations on Saturdays, and Pholosong Hospital [in Brakpan] has decreased waiting times by employing two ophthalmologists,” Bloom said.

Bloom said it was an “immense tragedy that so many people are denied the gift of sight because of huge waiting lists for surgery”.

He said the DA would continue to press for skilled personnel and equipment to be made available to “radically speed up the restoration of sight to thousands of people”.

Meanwhile, as of August 2021, Mokgethi confirmed that more than 3,000 patients were still awaiting surgery after a fire ravaged parts of the Charlotte Maxeke Johannesburg Academic Hospital back in April.

Glaring safety gaps at the hospital have since been highlighted in an exchange with Mokgethi, which The Citizen has seen.

The partially-reopened facility also saw a drop in outpatients assisted on an average day, more than 2,000 patients stranded daily – a reduction of 84%.

NOW READ: Parts of Charlotte Maxeke Hospital to be fully operational in 2023