The fuel syndicate guzzled more than R100 million's worth of fuel from the power station per month. 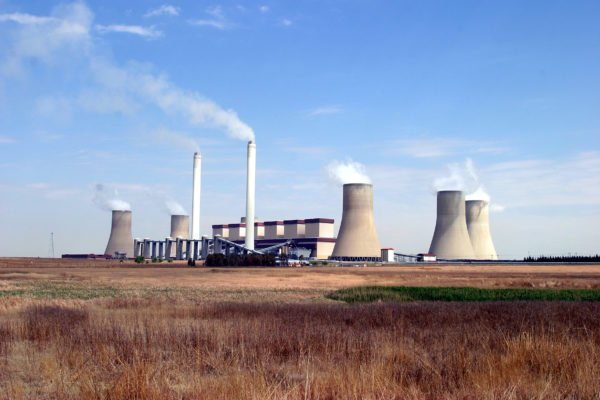 Two Eskom employees and a supplier were arrested and charged with theft, fraud and corruption related to the disappearance of spares and fuel at the Tutuka power station.

The power utility said it uncovered a “fuel oil crime syndicate” and more arrests are expected.

Theft and corruption at Tutuka

The trio and others are responsible for paying a supplier for goods and services “when such have not been delivered or rendered at the [Tutuka] Power Station”, Mantshantsha said.

Eskom had been investigating corruption at Tutuka power station and said the crime syndicate guzzled more than R100 million’s worth of fuel from the power station per month.

It was also revealed that one of the accused – Jessie Phindile Sibiya – was a 51% shareholder in the supplier company.

Additional arrests will be made in due course as four other suspects have been identified and warrants of arrests are being prepared.

Eskom CEO Andre de Ruyter said, “the Tutuka power station continues to be the scene of the most despicable of crimes perpetrated by some of the very people tasked with the stewardship [thereof].”

He said the recent arrests – despite investigations taking so long – “goes a long way towards making a positive contribution to the rebuilding of the organisation”.

Meanwhile, energy analyst Clyde Mallinson said the sudden plunge into stage 4 load shedding on Friday was the result of Eskom failing to ration its supplies of diesel and water.

He said South Africa should have carried on with stage 2 load shedding throughout the elections and the weekend.

“The country has a balance of diesel and suddenly you have a giant drinking diesel faster than anyone else – he could tip the balance,” he said.

It was difficult to see SA not going into permanent load shedding. Mallinson explains: There has to be a reserve margin and if the country has run out of diesel, it wouldn’t matter how many diesel generators you had”.

READ MORE HERE: Eskom has guzzled up all its diesel, and now we’re in stage 4