Heavy rains have caused extensive damage to the family's home in Johannesburg. 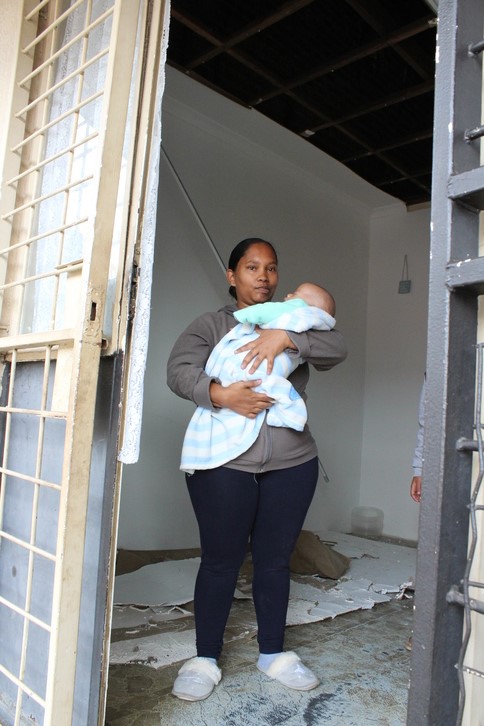 Taryn Elias and her two-month-old baby stand where the ceiling caved in two weeks ago.

Taryn Elias and her family who live at the Hester Flats in Westbury, Johannesburg, have been living uncomfortably for the past two weeks, Westside Eldos reports.

She has a two-month-old baby and a seven-year-old son who have to live in a flat where the ceiling has caved in. According to Elias, the ceiling fell in after the heavy rains two weeks ago.

“I’ve been to the council on numerous occasions for help, but they said due to the lack of funds, they are unable to help at this point,” said Elias.

The other ceilings in the rooms also have cracks and the bedroom’s ceiling is leaking.

“We can’t do anything, we too scared to sleep in the room because we are afraid of the ceiling falling on us. My two-month-old baby is sick ever since the ceiling fell in,” she said.

Elias is also afraid that their living space was now accessible to anyone through the ceiling. At the time of the interview, the family was making plans to temporarily live in another family’s unit.

“The flats are and will be an ongoing issue until the City has enough money to properly renovate the flats. All flats are in terrible conditions due to years of neglect and there are no easy solutions,” ward councillor Susan Stewart explains.

“Repairs are done as and when there is money available to do repairs, and even the repair work will not address the dilapidated condition of the flats.” 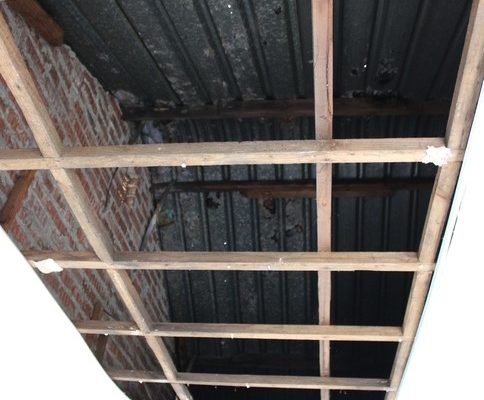 The opening in the ceiling.

“Serious intervention is the only solution but unfortunately, that would need hundreds of millions of rands to be spent on such interventions and the City does not have that kind of cash injection currently. I do believe that circumstances will change.

“Right now, the City has to do its best to collect revenue, streamline the process, continue to decrease corruption and ensure increased intake of cash flow so that proper interventions can be implemented to improve the condition of people living in council rental stock.” 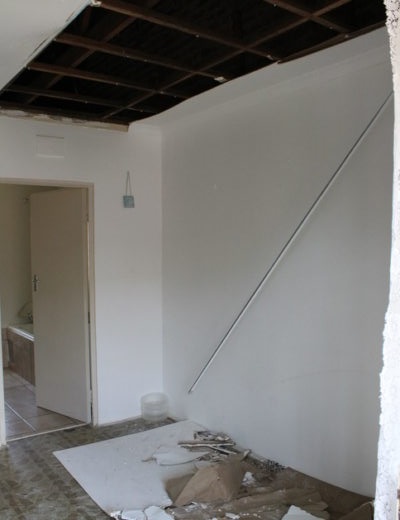 The ceiling lies on the floor of the Elias family’s living room.