The five accused of murdering 11 people in Krugersdorp appeared in court on Monday. The case might take a dramatic turn in the near future. The five people accused of murdering 11 people over the course of four years appeared in the Johannesburg High Court on Monday, April 16, in front of Judge Ratha Mokgoatlheng, Krugersdorp News reports.

However, the official start of the Krugersdorp murders trial was postponed, mainly because Zak Valentine’s lawyer did not show up.

The accused are Marinda, Cecilia, LeRoux and Marcel Steyn, and Zak Valentine. 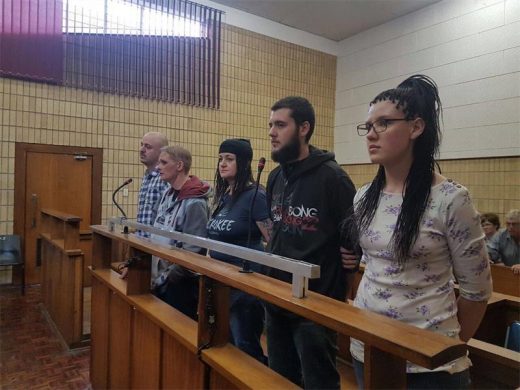 The five accused (from the left) – Zak Valentine, and Cecilia, Marinda, Leroux and Marcel Steyn, during an earlier court appearance.

Another reason for the postponement was that two of the accused might possibly agree to a plea bargain. It is not yet clear which of the accused will plea. The case was postponed until Wednesday, 2 May.

Early on in the case, John Barnard, who was one of the original accused, agreed to a plea bargain and got a reduced sentence. One of the terms he agreed to is to testify against the other five accused during the trial.

Some interesting facts from the previous court appearances:

• John Anthony Barnard, 40, pleaded guilty to eight of the charges against him in the Palm Ridge Magistrates’ Court in Johannesburg on 14 December 2016, after he allegedly entered into a plea bargain with the State. He was sentenced to 30 years’ imprisonment with a 10-year suspended sentence.

• Marcel Steyn was still under the age of 18 when she was arrested, but has since come of age and will stand trial as an adult.

• Cases were opened in the Roodepoort, Krugersdorp and Tarlton Police Stations and efforts to centralise the cases took longer than expected. Before the cases were centralised to the Krugersdorp Magistrates’ Court, Marcel and LeRoux appeared before the Roodepoort Magistrates’ Court where it was heard that Marcel had refused to let the police take pictures of her. The State requested the Magistrate to explain section 37 of the Criminal Procedure Act 51 of 1977 to her. The Magistrate made reference to a previous case, in which a man refused to have surgery to remove a bullet from his leg because of alleged religious beliefs. The Magistrate continued, saying that the man was taken to hospital and the bullet was removed as it was part of evidence.

Before leaving the courtroom, the two accused looked back at the gallery and smiled at the family and friends of the victims.

• Marinda also complained that she was denied her basic human rights because she was not given toilet paper while in prison. This statement drew the response, “Ag, shame” from relatives of the victims seated in the gallery. The Magistrate told her that prison was not a five-star hotel.

A timeline of the murders: 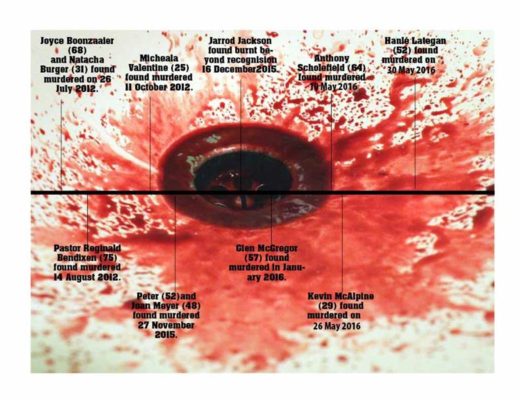 Timeline of the murders

• The first victims in Krugersdorp were Kevin McAlpine, Hanlé Lategan and Anthony Scholefield. 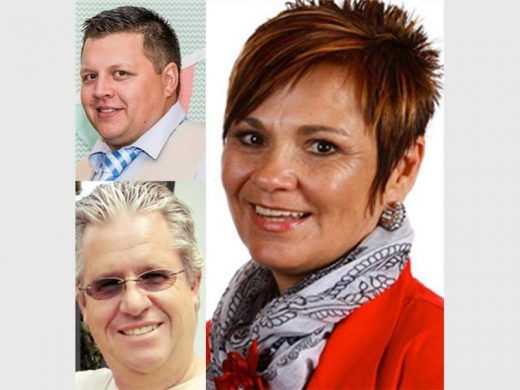 • Then the court added four more murders to their charges – the deaths of the Noordheuwel couple, Peter and Joan Meyer, Glen McGregor and Jarrod Jackson.

• 26 July 2012: Joyce Boonzaaier (68) and Natacha Burger (31) were found murdered in Centurion. Both had stab wounds. Reports say their throats were also slit, however this needs to be confirmed by the court during the trial.

• 14 August 2012: Pastor Reginald Bendixen (75) was found murdered in Honeydew. He also had stab wounds and was believed to have been hacked to death. This also needs to be confirmed by the court during the trial.

• 27 November 2015: Peter and Joan Meyer were found murdered in their Noordheuwel home. They were stabbed to death.

• 16 December 2015: Jarrod Jackson was found murdered in the Free State. It’s alleged that Cecilia and Marinda faked Zak Valentine’s death by drugging and placing Jackson, who was a beggar, in Valentine’s vehicle and setting it alight. The body was burnt beyond recognition and for some time police believed it was indeed Valentine. The two women tried to claim against Valentine’s life insurance policy worth more than R3 million after his ‘death’, but failed.

• January 2016: Glen McGregor (57) was found murdered in Randfontein. He was an accountant from Krugersdorp, and was shot and killed.

• 26 May 2016: Kevin McAlpine (29) was found murdered in Krugersdorp. He was found in the boot of his car and all his belongings were stolen. His wife was pregnant with their first child when his body was found.

• 30 May 2016: Hanlé Lategan (52) was found in Randfontein, murdered. She was a property agent and money was withdrawn from her bank account and stolen before her death. Some of her belongings were also stolen.