Defence attorneys shocked that they need to pay state for disclosure

The state is being accused of creating more delay tactics. 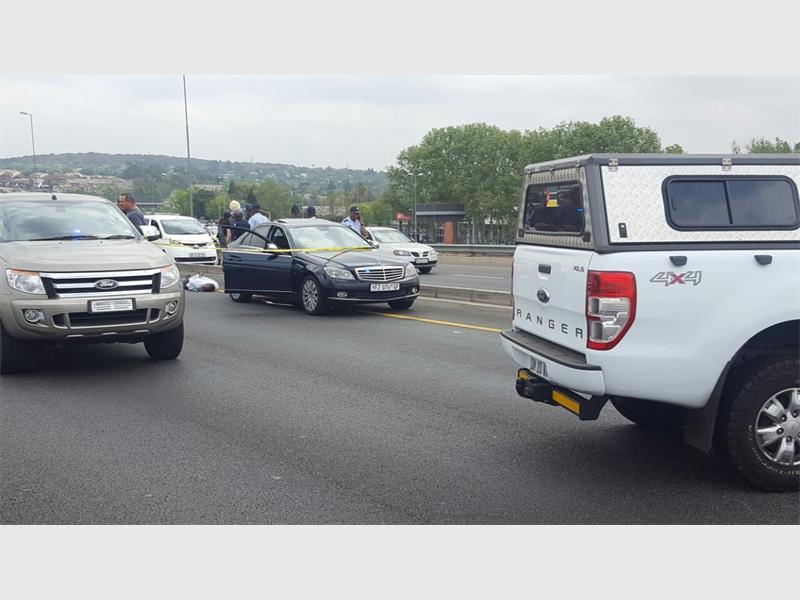 The crime scene on the N1 where some of the alleged gang members were arrested. Photo: File, Anneke Olivier.

The state has been accused of not playing open cards in the case against six men who are accused of being part of a syndicate robbing malls in Gauteng, Fourways Mall reports.

The six were arrested in September last year, following a joint intelligence-driven operation that foiled the alleged robbery that was to take place at a cellphone store at Fourways Mall. They were arrested along with three Douglasdale police officers. The state has since withdrawn charges against the police officers.

During their bail application last year, the state told the court that the accused have been positively linked to other robberies with aggravating circumstance committed in the province, explaining that more charges will be brought against them.

At their latest court appearance, state prosecutor Elias Ratlou told the court that the state had concluded its investigations and was ready to disclose contents of the docket to the defence, but there was a catch.

Ratlou said the state would only disclose contents of the docket once the defence has paid the required amount for copies of the docket. He told the court that the payment was in accordance with the National Prosecuting Authority’s and the Department of Justice’s regulations.

All three defence attorneys told the court that they have been appearing in the Randburg Magistrates’ Court for a while in other criminal matters, and were unaware of any payment for documents for disclosure. They added they never had to pay for any documents.

Attorney Udemudi Uriesi told the court that this was just a delaying tactic by the state. He said he failed to understand why the state waited up until the last minute with the information that they had to pay for documents. “This is just a way for the state to buy more time. We don’t know the truth of the matter. The state is just coming up with excuses to put the ball on the side of the defence.”

Another attorney, Ofentse Nkgwang, agreed with Uriesi. He told the court the state was just passing the burden on to the defence.

Nkgwang said he managed to gather information indicating that it cost R3 a page to print at court, highlighting that this would be a huge financial burden on the accused, as he understood that the docket contained 700 pages.

“It’s really unfair that the state is only telling us now about paying for contents of the docket.

“Why are they only giving this information now? I have never paid for copies in this court before.”

The third attorney, Justin Rangaka, also questioned why the state had remained silent on the payment matter until the last minute. He maintained the state was hiding something, adding in the years he had worked at the Randburg court, he had never paid for any documents either.

Rangaka said that what the state asked for was blatantly prejudicial to the accused.

Magistrate Sadiki said if it was the National Prosecuting Authority’s and the Department of Justice’s regulations that the defence had to pay for documents, then it should just happen that way.

Sadiki postponed the matter to 21 May for the state to disclose contents of the docket.

It is expected that a trial date may be set at the next appearance.