This was due to the nonpayment of a subsidy that the organisation has not received for two months. 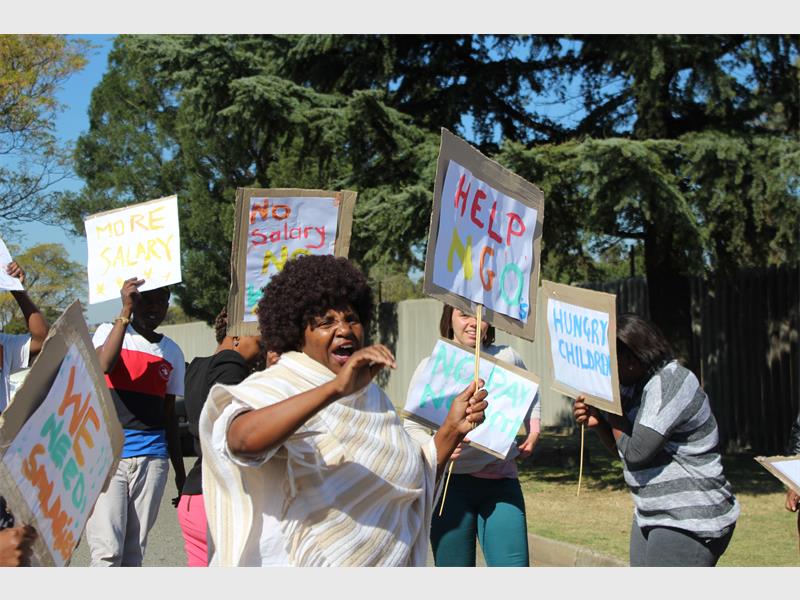 Dineo Mkhari is seen participating in the peaceful protest held by the social workers of the Greater Benoni Child Welfare in front of the DSD offices on May 21.

This was due to the nonpayment of a subsidy that the organisation has not received for two months.

READ MORE: Save SA thanks SA marchers after ‘Zuma must fall’ protest

“We are told that we will be paid tomorrow or Thursday,” said Elsie Labuschagne, director of the organisation.

“Every year this happens, and we don’t know why.”

According to Labuschagne, they have been using money that they get from their charity shop and some of their savings to help with the day-to-day running of the centre.

Labuschagne said: “Some of the other NGOs have also not been paid.”

Labuschagne said they were representing other NGOs that were going through the same thing.

She said other NGOs were afraid to strike because it could lead to their subsidies being taken away from them.

“The department pays R95 per child. This includes water and lights, the house mothers’ salaries and other things,” she said.

“Our social workers are paid R134 000 per year, which is not enough considering all the additional work that we are required to do.”

“Every Monday we help about four NGOs with food, toys and anything else they may need that we may have. Now how will we help?” she asked.

About 25 people were present at the protest in front the DSD offices.