Escaped lion still on the loose in the Lowveld

The young male lion is believed to have escaped from the Kruger National Park earlier this week. 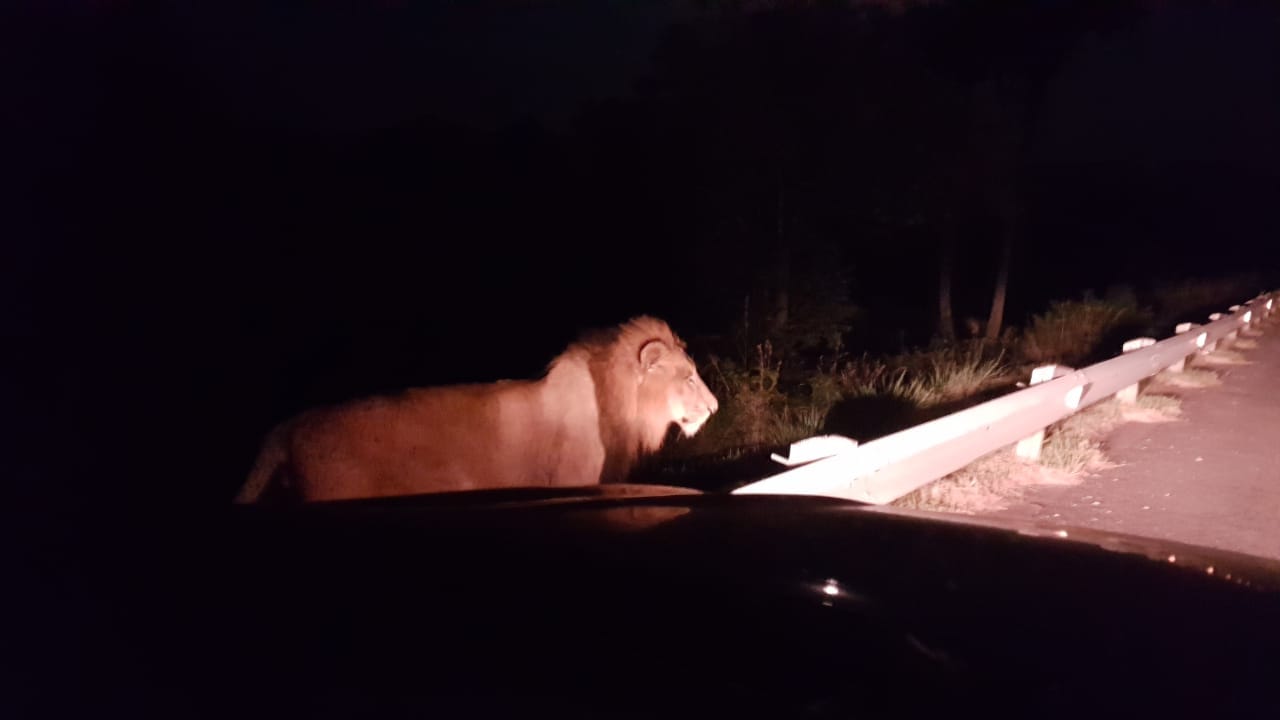 The Mpumalanga Tourism and Parks Agency (MTPA) has just confirmed that the lion that was seen close to Mbombela is still on the loose, Lowvelder reports.

“We can confirm that the various reports stating that the lion was darted and relocated are untrue,” said Juan de Beer, acting senior manager of the MTPA’s Wildlife Protection Services.

Previously, the media had reported the lion was found, but on cross-checking the photo that did the rounds last night, it turns out that the photo of the lion lying in the road dates back to 2015, when a circus lioness escaped in China, and was gunned down.

Officials are following information from three different sources, which confirmed the sighting of the wayward young male lion on the R37 last night.

It was last seen about 20 kilometres from Sabie, on the Long Tom Pass.

The search for the lion has not yet borne any fruit, and the MTPA is urging residents to report any sighting to Louw Steyn, on 083 626 6792.

“We have no leads as to where the lion’s whereabouts might be,” he said.

De Beer confirmed that the above photo was the actual footage taken by Xander Mulligan, who initially saw the lion on the Long Tom Pass and reported it to the MTPA.

He urges residents to practice extreme caution, as this is now considered a danger zone. “We especially urge cyclists and pedestrians to avoid the area,” he said.

He added that their main priority is to capture the lion, and the last resort would be to kill it.

Initially it was reported that a lion had escaped from the Kruger National Park, and was last seen close to the city, 40 kilometres outside of Mbombela, on the R37.

Allegedly the young male lion is believed to have escaped near Numbi Gate earlier this week. The Mpumalanga Tourism and Parks Agency were notified, and an official was sent to the scene.

Resident are being urged not to intervene.