Prostitutes, drugs, dodgy firefighting equipment, vagrants, and rescued dogs are all linked to the fire. 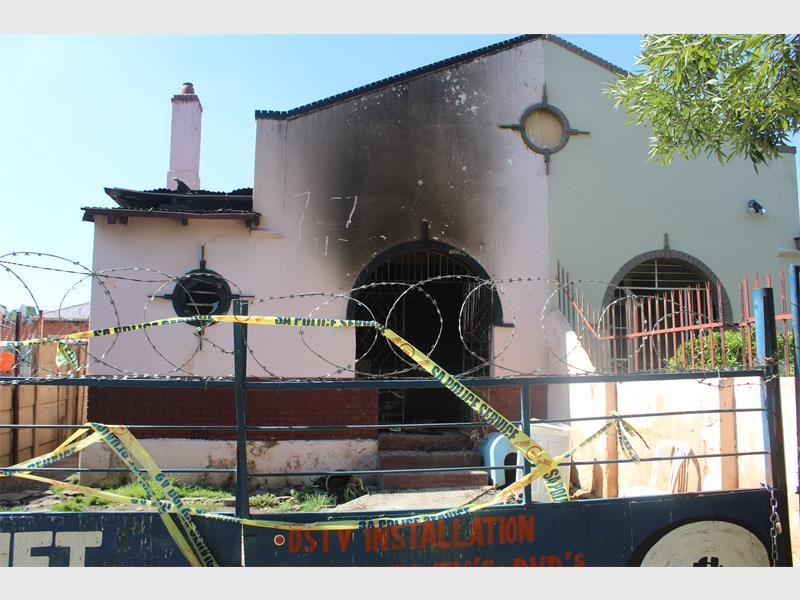 Damage that can be seen outside of the house in Railway Avenue.

A fire that broke out on Sunday at an alleged brothel and drug den in Railway Avenue, Western Extension in Benoni caused extensive structural damage to the property, reports Benoni City Times.

Two dogs were also rescued on the property by the Benoni SPCA during the blaze.

Neighbours said three dogs occupied the property, but at the time of the rescue, only two were found.

Benoni SPCA manager Vicky Finnemore confirmed the dogs were in good health and said if the owners did not come forward to claim the dogs, they would be put up for adoption.

Paul Dehaast, an eyewitness whose mother lives in Railway Avenue, said that despite the fire being contained and extinguished by the fire department, the condition of the fire fighting equipment used in the effort was “deplorable”. 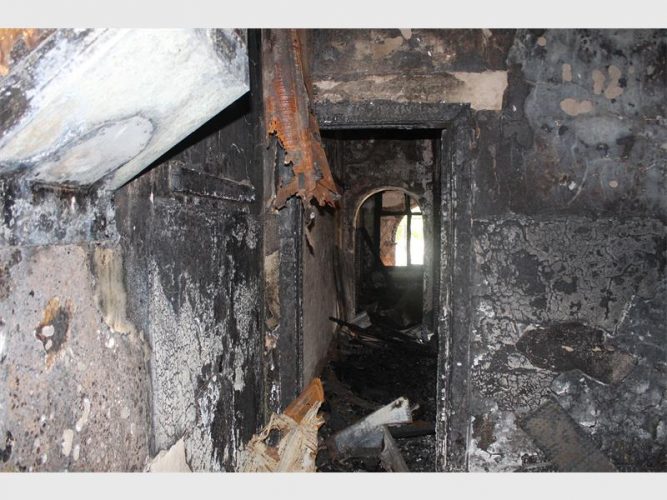 “The equipment was pathetic, to say the very least,” said a disgusted Dehaast.

“Firefighters were using mutton cloths to cover their faces when going into the property to fight the blaze.

“The hoses had holes in them and the fire engines clearly had a problem as most of the water from the trucks spilt onto the roadside instead of being used effectively in extinguishing the fire.

“The Ekurhuleni metro is risking lives and it is evident the issues facing its firefighters can all be linked to funding or, rather, the lack thereof.

“Firefighters are here to save lives, but instead their own lives are being put in jeopardy.

“The mayor sits in his posh office and drives his posh cars and could be less bothered with the man on the ground.

While no one was injured, Sector Four Benoni CPF deputy chairperson Ben Leibbrandt said members of the forum were alerted to the incident and swiftly responded to assist on scene. 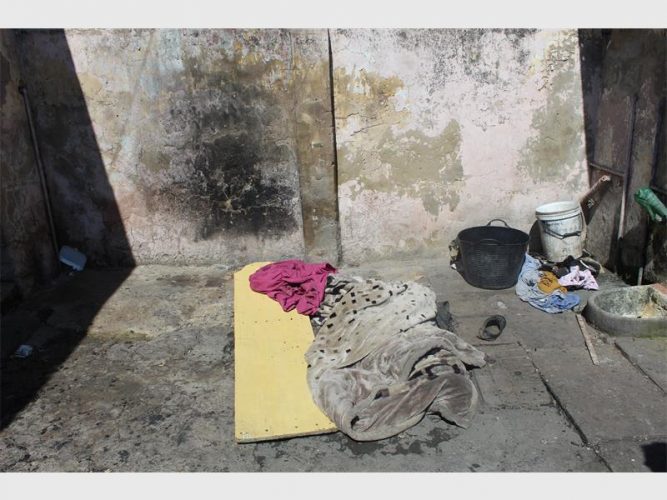 Paul Dehaast said vagrants wasted no time in moving onto the premises after the fire. He told the City Times he found one such vagrant on the morning of February 19. 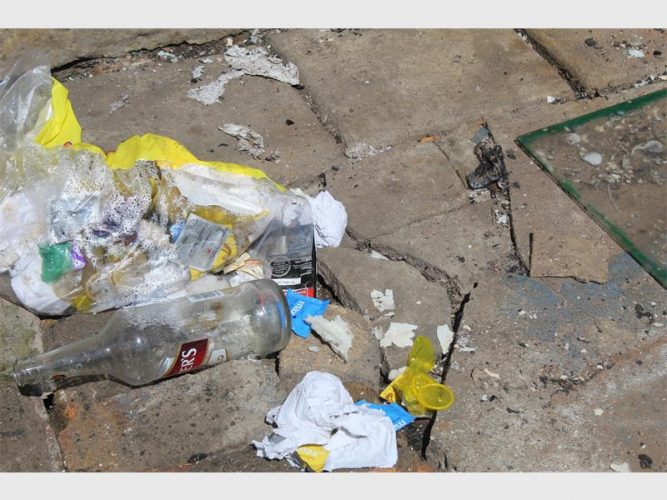 Used condoms could be found on the premises.

He confirmed the extensive structural damage and stated only the shell of the house remained as most of the roof and ceiling had collapsed. 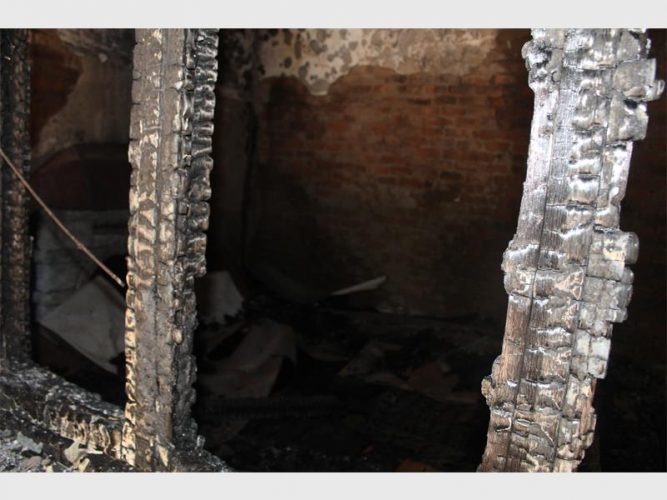 “We arrived on scene at 1pm,” said Leibbrandt

“We assisted in blocking the road to allow Disaster and Emergency Management Services easier access to the scene.

“Benoni and Brakpan fire stations sent out fire engines and firefighters worked to control and extinguish the blaze.

“Nobody knows how the fire broke out, but some people are saying the alleged prostitutes who resided there set it alight.”

He added the fire took about two to three hours to extinguish.

The first trucks arrived at 12.55pm and all the fire engines were back at the station at 5.20pm after the fire was declared extinguished.

“I believe the eyewitness mistook the flash hoods, which cover the firefighters’ faces and ears to protect them from intense heat and flames, for mutton cloth.”

Ntladi added fire engines transport water as a “live load” and this would result in leakage.

“Operating from a water hydrant, which assists with the sustainability of water supply on scene when the fire engine water tank is full, water will spill over.

“This doesn’t impact negatively on the operational attack lines.

“All equipment in operation is South African national standard-approved and our firefighters in service are seasoned professionals.

“Equipment is checked twice daily and after each service call to enhance our state of readiness.

“Disaster and Emergency Management Services in Ekurhuleni is the best in South Africa, if not the whole of Africa.”