Large shoals of fish spotted with thousands of gannets feeding among the shoals between the Nqabara River Mouth and the Dwesa Marine Reserve. 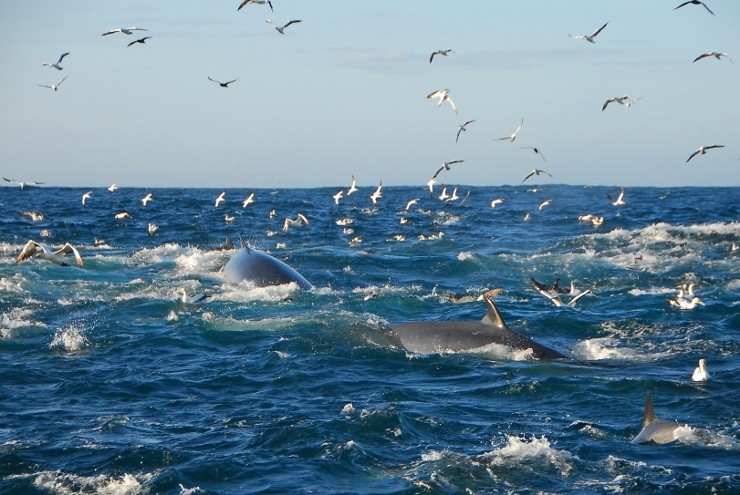 Sardine activity has been confirmed by KZN Sharks Board officials in the Eastern Cape on Wednesday, reports South Coast Sun.

Sardines have yet to be spotted in KZN waters.

“It was reported that there were large shoals of fish spotted with thousands of gannets feeding in among these shoals. We also received a report late yesterday afternoon of activity in the Rame Heads area, which is 26km South of Port St Johns. This activity consisted of common dolphins and gannets feeding in this area,” he said.

Thompson said there had been no further sightings of much activity north of these spottings.

“Hopefully the sardine activity will increase between Port St Johns and Port Edward after the cold front passes later this evening. Please keep in mind that most of the reporting and feedback we are receiving is in the inshore areas, so as we all know there is always a possibility of being surprised by fish which have moved through undetected in the deeper waters.”

Thompson explained that sardines were very unpredictable, and kept those interested in their whereabouts guessing.

“There are always numerous opinions but one seldom guesses right when it comes to sardines. It is probably just as well, otherwise, the sardine stocks might have been non-existent by now. The KZNSB will continue to monitor activity in the days ahead,” he said.