Business booms for wheelbarrows and vehicle owners in Olivenhoutbosch

As thousands of residents queued for food parcels, they used this opportunity to charge people to transport their food parcels home. 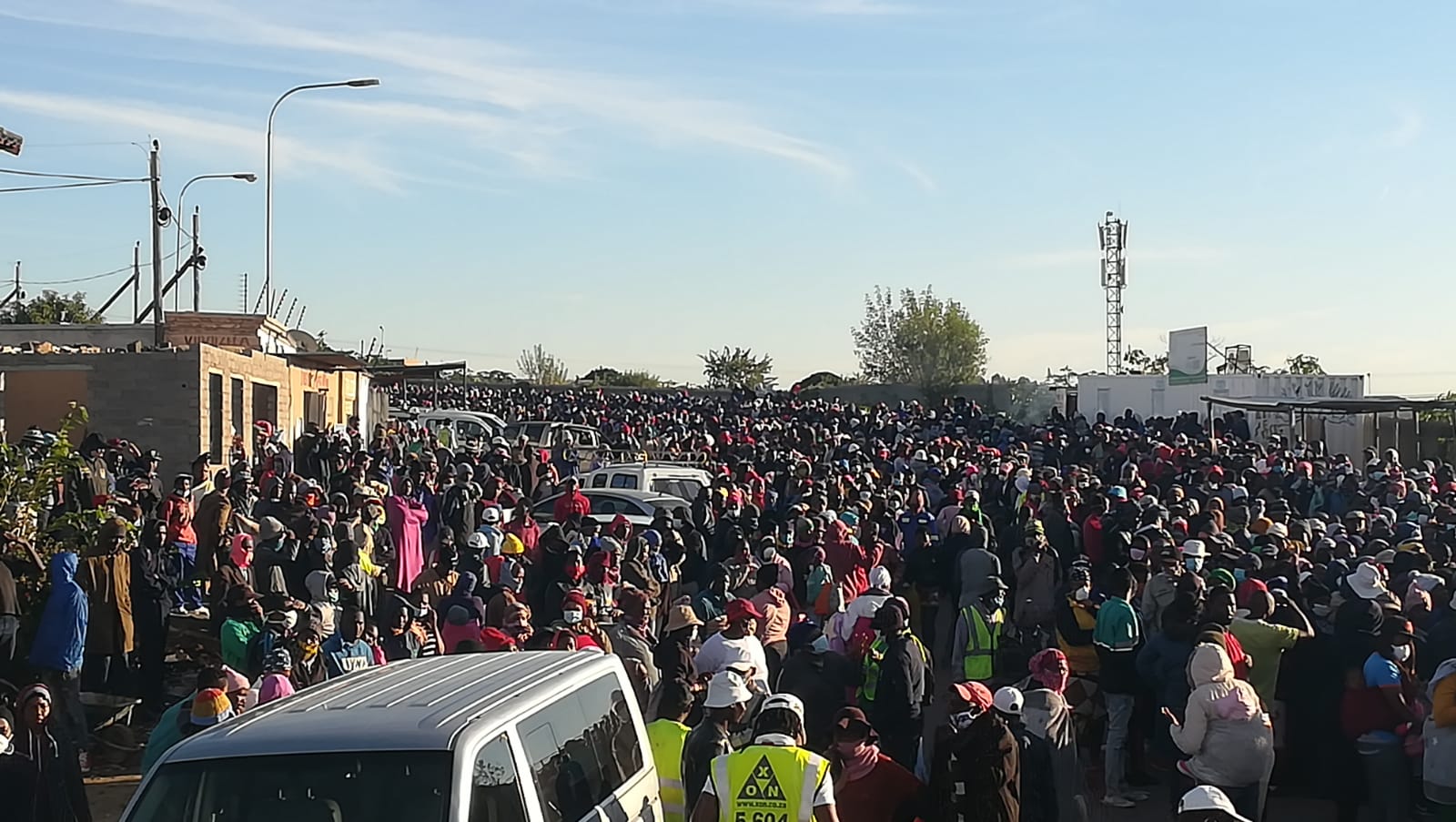 02 May 2020 - Olievenhoutbosch residents gathered in numbers to collect food parcels during Level 4 of the lockdown | Image: Twitter/ Rorisang Kgosana

Business was booming for people who owned cars, trolleys and wheelbarrows in Olivenhoutbosch, Centurion, on Saturday.

As thousands of residents queued for food parcels, they used this opportunity to charge people to transport their food parcels home.

The Mahlasedi Foundation has been handing out food parcels to residents over the past few days outside Walter Sisulu Primary School.

Honest Ndebele, who owns a wheelbarrow, grabbed the opportunity after receiving his food.

“Yesterday after receiving my food, I noticed that people were struggling to carry their food and I then started charging them. Many have now joined us. We are pushing their loads to taxis as they are not allowed near the school.

“This is a good opportunity to make something during this period. Our challenge is people who don’t want to pay us after boarding a taxi,” said Ndebele.

Kabelo Motloung said he and his friends were taking a walk when they saw people waiting outside the school.

“I asked them if they needed someone to push their food and they agreed. We quickly ran home and returned pushing our wheelbarrows and trolleys. We have been working since this morning and so far have made some money.

“I would rather push a wheelbarrow the whole day than rob people. This is an honest way of making money legit,” he added.

Pule Netshilaphala said he was waiting for someone who was queuing for food when he was approached by people asking for a lift.

“I asked others who were already transporting people how much they were charging and they told me that we must charge people the same amount. I have taken about five loads. I think by the end of the day, I would have taken more loads,” added Netshiphala.

Thabo Sikhosana said he had transported two loads with his private vehicle.

“I am helping people who are desperate for transport. People here need transport and I am not going to miss this opportunity to make cash to feed my family. I would rather be here than to sit at home without money,” Sikhosana added.

The situation in Olievenhoutbosch earlier this morning. Some residents say they have been queueing since yesterday for food parcels but are still empty-handed. @TheCitizen_News #COVID__19 #day37oflockdown pic.twitter.com/FhXn4pBw0l