A search had been launched for Kim Croeser who went missing while cycling. 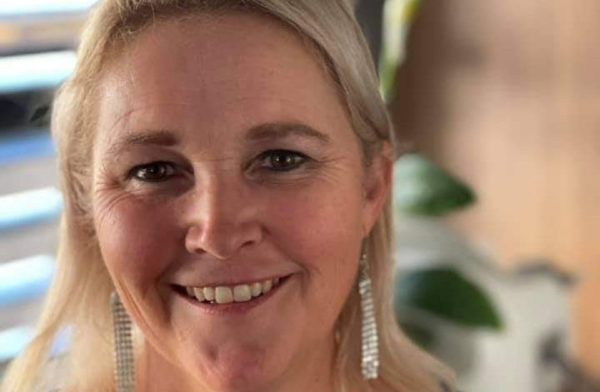 According to the Missing Children SA page on Facebook, Kim Croeser has been found after going missing.

In a post on Monday afternoon, the organisation said that Croeser was safe. Little extra detail was given.

“A big thank you to Mondeor SAPS, all role players and everyone that shared her flyer.”

South Africans had earlier taken to social media in search of missing Croeser. According to Captain Nokulunga Dube, 47-year-old Croeser went missing on Sunday at about 9.30am after going cycling at Rietvlei Zoo Farm.

UPDATE: Kim Croeser: What we know so far about her ‘strange’ disappearance 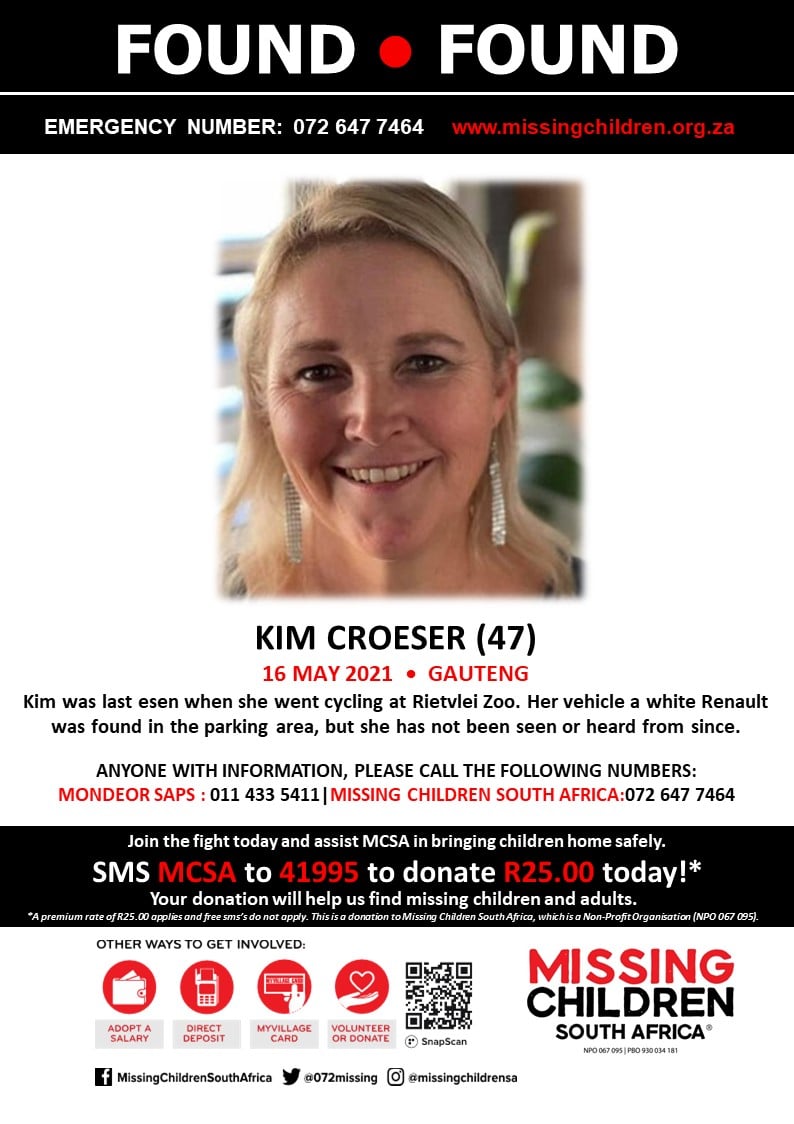 She had last been seen wearing a blue cycling jacket, black cycling pants and white tekkies, said Captain Dube in a statement on Monday.

RT #sapsGP Kim Grobler (47) went #missing on 16/05 at about 9.30am when she went cycling at Rietvlei zoo. Her white Renault vehicle was found parked at Rietvlei zoo Swaartkoppies Rd. Anyone with info on her whereabouts is urged to call Mondeor #SAPS (011)433-5411/12 #CrimeStop ME pic.twitter.com/ce8jRIDezt

The vehicle she was driving was found parked at Rietvlei Zoo Swaartkoppies Road.

“Her white Renault vehicle was found parked at Rietvlei zoo Swaartkoppies Road. Anyone with information on her whereabouts is urged to call Mondeor police,” said Captain Dube.

According to Rievlei Zoo Farm employee, Senzo Nyandeni, who spoke to the Comaro Chronicle, Croeser came with her bike, rode and went back to her car where she left the bike, two phones – one of them was off – and the car keys. No one saw what happened after.

A search has been launched in the area.

The police had called on South Africans to report missing persons as soon as possible.

“There is no waiting period to report a missing person,” said the police.

When reporting a missing person, loved ones have been urged to provide as much information as possible when reporting the case at their local police station.

“Provide latest photograph of the missing person and keep the investigating officer updated on any developments,” said the police.

'Person of interest' in US van mystery missing for days, family says
1 month ago
1 month ago
PREMIUM!

'Person of interest' in US van mystery missing for days, family says
1 month ago
1 month ago
PREMIUM!