It is not a meteor shower, astronomer tells Gauteng residents

According to earthsky.org, every year from around 17 July to 24 August, Earth crosses the orbital path of Comet Swift-Tuttle, the parent of the Perseid meteor shower. 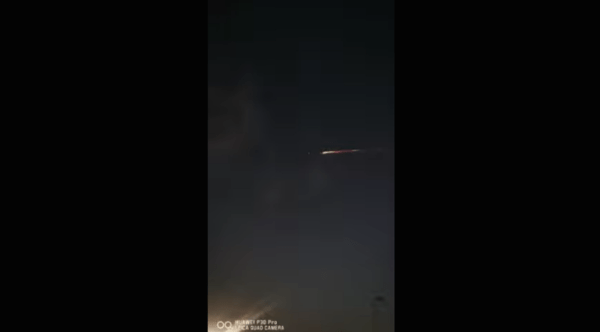 Social media is abuzz after Gauteng residents witnessed what looks like a perseid meteor shower on Tuesday evening.

In videos that have been shared on social media, balls of light can be seen appearing out of nowhere, shooting across the sky then disappearing again.

This has sparked a debate on social media on whether this could be a perseid meteor shower that has been reported in some parts of the world.

According to earthsky.org, every year from around 17 July to 24 August, Earth crosses the orbital path of Comet Swift-Tuttle, the parent of the Perseid meteor shower.

Debris from the comet litters the comet’s orbit, but we only get to see the comet rubble after the first week of August.

“The bits and pieces from Comet Swift-Tuttle slam into the Earth’s upper atmosphere at some 130,000 miles (210,000 km) per hour, lighting up the nighttime with fast-moving Perseid meteors,” says the publication.

“From what I can see, it is not a meteor shower. A meteor shower occurs when you have a whole lot of meteors over a course of a night or a few days,” he was quoted as saying.

“The way a meteor shower happens is when one would go out at night and you would see a shooting star every minute or two and that is not what we are experiencing here, it was a single object.”

The same object was spotted in Zimbabwe and Limpopo.