The police department is investigating allegations that three men were assaulted with sjamboks by metro officers on 2 October. 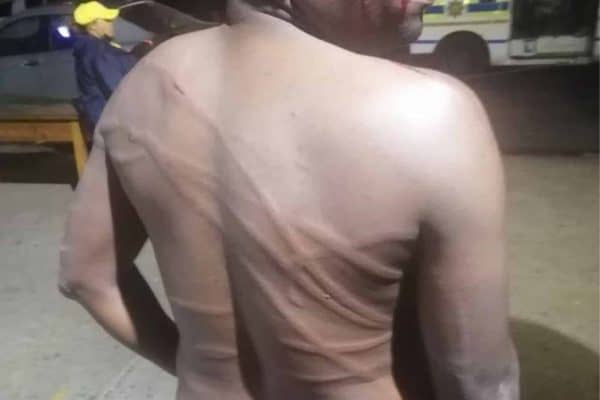 The Tshwane Metro Police Department (TMPD) says it is surprised that its police officers used a sjambok in an assault incident that took place on 2 October.

It is alleged that three men were beaten with sjamboks by TMPD officials, which resulted in the victims being taken to hospital for treatment after sustaining injuries.

The incident took place when the three men went to the Vermeulen pound depot on Madiba Street in the Tshwane CBD to collect their vehicles, which had been impounded by TMPD.

According to Independent Police Investigative Directorate (Ipid) spokesperson Grace Langa, the three men were denied entry at the gate of the depot, when around eight metro officers allegedly “came out of nowhere” and beat them.

In the video that has circulated on social media, a man only identified as Shibi was heard accusing the metro cops of beating him for “no reason at all”.

A case of assault grievous bodily harm (GBH) has already been opened.

While Ipid has launched an investigation into the incident, TMPD spokesperson Isaac Mahamba told eNCA on Monday that the police department was also looking into the matter internally.

Mahamba said the TMPD were making progress in its investigations as they had received statements from the victims.

However, he said, the police department is yet to receive statements from the metro officers allegedly involved in the incident.

Asked why the metro officers were not brought in for questioning or suspended since the incident happened a week ago, Mahamba said the officers were off duty.

“Our members are working shifts and we cannot go to their homes to request the statements. As soon as the matter [was brough] to us immediately we took charge and we investigated.

“It happened on Saturday and unfortunately it came to out attention on a Wednesday. As I have indicated when it came to our attention the members went for their rest days, but they are back today and we going to get the bottom of what happened,” he said.

He went to say: “We understand the urgency, but we need to respect the rights of the members. We cannot go to their homes and make them account for something that happened while their were on duty.”

He further said that the police department was surprised over why the officers used sjamboks as the use of the weapon by police officials is prohibited.

“We did not at any stage supply or give out sjamboks to our officials. Our members are well-trained and they know what is it they need to carry. They know exactly what they have to use when faced with whatever situation. We are surprised by the sjambok issue. That will form poart of the investigation as to how the members got the sjamboks [and] why they were used,” he said.

Mahamba said measures would be taken against the officers “if there is any case”.