Thousands of seabirds dying from avian flu in Western Cape

There is unfortunately no cure for highly pathogenic Asian avian influenza, and birds have to be humanely euthanised. A highly pathogenic strain of avian influenza (bird flu) has afflicted wild seabirds in the Western Cape, and has already resulted in the deaths of more than 1,500 of birds.

Those most affected, according to the Southern African Foundation for the Conservation of Coastal Birds (Sanccob), are gulls, as well as cormorants and pelicans.

Sanccob said the H5N1 strain of the highly pathogenic Asian avian influenza (HPAI) virus was first detected in wild birds in the province in May.

Cape cormorants, who are endangered, were diagnosed with the disease in September, and numbers have dwindled fast, especially colonies on Dyer Island and near Velddrif.

There is unfortunately no cure for HPAI, and birds are having to be humanely euthanised

The outbreak was said to have started in the Bergrivier Local Municipality and in the Walker Bay area in the Overberg region. Bergrivier remains the hotspot area.

MEC of environmental affairs in the province, Anton Bredell, urged members of the public to avoid the areas where HPAI was present, and not to collect or come into contact with any sick or dead birds.

This, Bredell said, was “critical to prevent the spread of the disease”.

Although avian flu is not dangerous for humans, it can be spread on their hands and clothes.

Instead, people are urged to report any unusual mortalities or abnormal numbers of sick birds to their local conservation authority or veterinarian.

A number of authorities, including Sanccob, are monitoring the situation, and have collaborated to manage the outbreak as best they can.

If a bird is potentially infected with HPAI, they will exhibit the following symptoms:

WATCH: Giant bullfrogs frolic in Gauteng after heavy rains
9 hours ago
9 hours ago 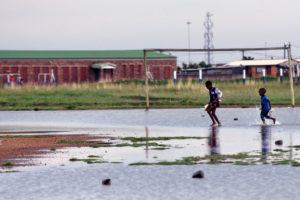 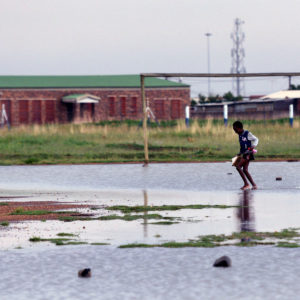 WATCH: Giant bullfrogs frolic in Gauteng after heavy rains
9 hours ago
9 hours ago