Abrie Geldenhuys was not severely injured in the fall, but was robbed of his belongings while on his way home. 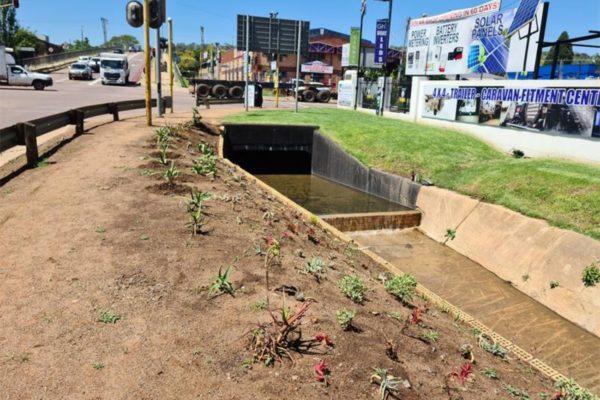 A blind Pretoria Moot resident who fell into a storm water channel on Friday was not only bruised and dazed, but also robbed of his belongings, Pretoria Rekord reports.

41-year-old Abrie Geldenhuys, who was born with an eye disease that causes vision loss, was on his way to a local restaurant when he misjudged the corner of the channel, and slipped and fell into it.

Geldenhuys has only 1% sight in his right eye, and 2% in his left.

“Fortunately I did not sustain any serious injuries, just a few bruises on my knee and back,” he told Rekord this week.

He said he was not familiar with the area, having been housesitting over the weekend.

After falling into the channel, a passerby helped get a disorientated Geldenhuys out.

ALSO READ: PICS: Driver injured after driving into sinkhole with no barriers around it

But while he was making his way back to the home he was looking after, two unknown men stopped Geldenhuys and asked if they could assist him.

Knowing he was blind, Geldenhuys says one of the men then unzipped his backpack and stole his phone and his wallet.

Due to the fall, he was too confused to fight back.

“Luckily, I had another phone in my pocket and could call for help,” he said.

Unfortunately, the business that captured Geldenhuys’s fall did not manage to record the robbery that took place afterwards.

Interventions to prevent a repeat incident

Geldenhuys, who uses a white cane, told Rekord he mistook the channel for “a wide sidewalk”.

Since the incident, he has applied to get a guide dog.

He also reported the incident to the Tshwane metro, which committed to erecting visible barricades, to prevent future incidents.

Villieria community policing forum member Susan Andrews told Rekord the incident was “unacceptable”, and that the metro should be held accountable.

“He could have been severely injured, but luckily that didn’t happen,” she said.

She said the channel also posed a risk for road users at night, especially those not familiar with the area.

A case of robbery has also been opened at the Villieria police station.