Expropriation without compensation still a priority for the government – Mabuza

Mabuza added they were encouraged by white farmers who have donated unused land. 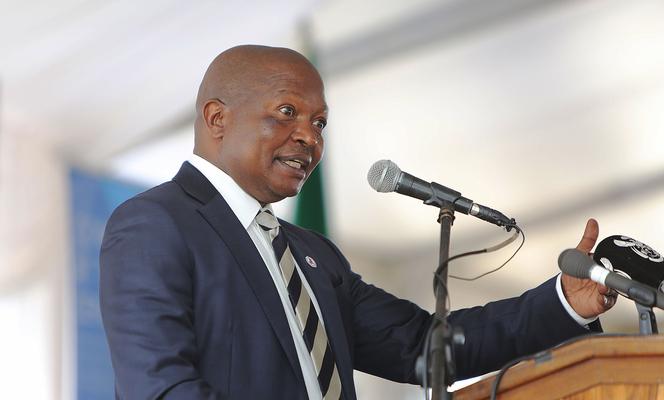 Amending the Constitution to allow expropriation without compensation remains a priority of the current administration, Deputy President David Mabuza told the National Assembly on Tuesday.

He was asked by EFF MP Floyd Shivambu if the government was still committed to this after recent comments by former president Kgalema Motlanthe, who said expropriation without compensation would not be implemented in a hundred years.

“We would like to assure this House that the amendment of the Constitution of the Republic of South Africa, 1996, in order to enable the expropriation of land without compensation remains a commitment and priority of this administration. The government will not deviate from this policy position,” Mabuza said.

He added the inter-ministerial committee on land reform and agriculture, which is tasked with coordinating and providing political leadership to accelerate land reform, was currently finalising the government’s comprehensive response to the recommendations made by the panel of experts on land reform.

A comprehensive response to the panel’s recommendations will be presented to the Cabinet for consideration and approval for implementation.

“It is worth pointing out that the panel of experts on land reform has supported the amendment of the Constitution to set out unambiguous provisions for expropriation of land without compensation. The panel also supports the finalisation of the Expropriation Bill to enable land expropriation within a properly guided legislative framework.

It is actually the ad hoc committee to initiate and introduce legislation amending section 25 of the Constitution that is dealing with the amendment, and not the joint constitutional review committee (CRC).

Last year, the CRC recommended that the Constitution should be amended after a vast, if controversial, public participation process. Both committees are chaired by Mathole Motshekga.

Mabuza said Motshekga had indicated the committee would complete its work by March next year.

“We are confident that Parliament will be able to finalise its own processes within the planned schedules.

“In the meantime, the government will proceed with the development and tabling of the Expropriation Bill currently under way to provide for the expropriation of property for a public purpose or in the public interest. This process will not be affected by the parliamentary process for the amendment of Section 25 of the Constitution,” Mabuza said.

In response to a follow-up question by DA MP Thandeka Mbabama, he said the government was reviewing its redistribution programme, adding this included leasing land.

“It is!” Mabuza hit back, before adding it might be better to debate the policy once it had been announced.

The FF Plus’ Corné Mulder asked if the government supported the EFF’s policy that states all land would be expropriated by the state which would also then own all the land.

“Well, that’s the policy of the EFF. Why are you asking me? I’m from the ruling party,” Mabuza said.

In response to another question, he added they were expecting resistance to expropriation without compensation.

“We are prepared for that resistance, because our intentions are noble.”

Mabuza added they were encouraged by white farmers who have donated unused land.

“This is goodwill that we want to encourage.”

Ramaphosa is 'above petty conflicts', says Mabuza on Sitole's suspension notice
2 weeks ago
2 weeks ago

Ramaphosa is 'above petty conflicts', says Mabuza on Sitole's suspension notice
2 weeks ago
2 weeks ago