Bad day for Mkhwebane: MPs vote in favour of inquiry into her fitness

The EFF, the African Transformation Movement, the United Democratic Movement and Al Jama-ah voted against probe. 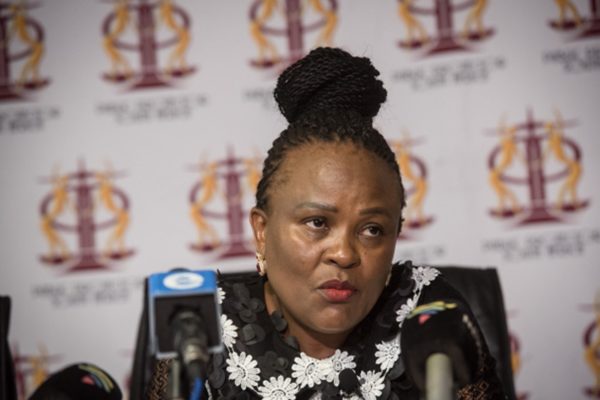 This followed a report by an independent review panel that recommended a parliamentary inquiry into the public protector’s fitness to hold office.

The panel was established by National Assembly speaker Thandi Modise last year after the Democratic Alliance (DA) tabled a motion for Mkhwebane’s removal from office.

The Economic Freedom Fighters (EFF), the African Transformation Movement, the United Democratic Movement and Al Jama-ah voted against the inquiry. The votes were 275 to 40, with one abstention.

Modise said she had received correspondence from some MPs who wanted the vote to be suspended due to Mkhwebane’s pending application before the Western Cape High Court to review and set aside the parliament’s rules on the removal of heads of Chapter 9 institutions.

The high court in December last year dismissed Mkhwebane’s urgent application to interdict parliament’s removal proceedings against her. The second part of the application is set to be heard on 7 June.

Modise stressed that the vote on whether to establish the inquiry was not meant to pronounce on the rules of parliament or determine whether the public protector should be removed from office. She said the process was meant to vote only on the establishment of the ad hoc committee.

“Rule 89 states that no member may reflect upon the merits of any matter on which a judicial decision is pending. The rationale for this rule is that parliament should not be seen to be seeking to influence the administration of justice,” she said.

ANC deputy chief whip Dorries Dlakude said the ANC supported the process to set up the inquiry to look into whether Mkhwebane is fit to hold office.

“The public protector will be given the opportunity to appear before the committee and make her own representations,” Dlakude said.

It’s understood that the ANC had called an emergency meeting with its parliamentary caucus earlier on Thursday ahead of the vote in the National Assembly. The meeting was attended by ANC national chair Gwede Mantashe, who reportedly instructed the caucus to vote for the establishment of the inquiry.

The governing party has been divided over the removal of Mkhwebane from office, with its secretary-general Ace Magashule publicly expressing his opposition to the inquiry.

DA chief whip Natasha Mazzone welcomed the report by the independent panel and urged MPs to vote in favour of the inquiry.

“It is important for us to remember that South Africans look to us and our Chapter 9 institutions to maintain the security, the sovereignty, and the respect that our Constitution and our Bill of Rights have. And therefore, it was by order of the court that rules were established – which we followed as members of parliament – to make sure any motion that came before the House would be just and done in the correct fashion,” Mazzone said.

Meanwhile, EFF MP Natasha Ntlangwini argued that the parliamentary rules were unconstitutional and the party would challenge them in court.

“This is without a doubt an unconstitutional persecuting of a black woman whose only sin was to demand accountability from the poster boy of white monopoly capital. Parliament is to embark on a shameful illegal process to remove a head of an institution supporting democracy and we will not allow this to happen,” Ntlangwini said.