Five officials have since been suspended for their alleged role in Bushiri's permanent residency saga. 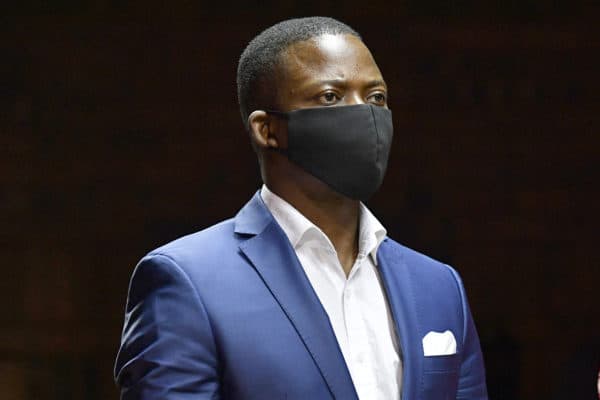 This comes after Home Affairs Minister Aaron Motsoaledi briefed the portfolio committee on home affairs to give an update on the progress of the work done by the department’s anti-corruption unit.

News24 reported that Motsoaledi informed the committee that five officials have since been suspended for their alleged role in Bushiri’s residency saga, however, disciplinary processes against them were still ongoing.

The minister said the investigation conducted by Home Affairs was centrally based into how Bushiri got his documents to become a permanent resident, rather than his escape to Malawi.

“There are individuals who have worked with [Bushiri] and, as you know, we have suspended five people. One of them took us to the Labour Court twice and lost his case.

“We are waiting for other law-enforcement agencies to play their role. A disciplinary [hearing] is internal which we will handle on our own. There is, however, also a criminal element which will be dealt with by others,” Motsoaledi said.

According to TimesLive, Motsoaledi also said the department was trying to find out whether monetary inducement was the reason behind the officials assisting Bushiri get residency.

He added that financial institutions were not willing to share client information.

While the committee welcomed the officials’ suspension, it urged the speedy finalisation of the disciplinary investigations – including other cases – so that the appropriate consequences could be implemented.

“While the committee acknowledges that the criminal process often takes longer due to various reasons, it has highlighted the need to conclude internal disciplinary processes quicker to ensure consequence management.

“To this end, we welcome the suspension of five officials as a result of a public protector report,” said the committee’s chairperson Mosa Chabane said in a statement.

Chabane further said the committee had called on Motsoaledi to table a report on the review process of visas and permits.

A task team was established in effort to review all the permits issued since 2004, which is the year the Immigration Act of 2002 came into effect.

The team is being led by former Presidency director-general Dr Cassius Lubisi.

Motsoaledi had indicated in the briefing that the department was hoping to release the report by the end of the year or the end of November “if we are lucky”.

Bushiri and his wife skipped the country in November last year after they were granted bail of R200,000 each by the Pretoria Central Magistrate’s Court, citing safety and security concerns and saying they would not get a fair trial in South Africa.

They are facing charges of fraud and money laundering of about R102 million.

The processes to extradite the couple back to the country has already began after Malawi received a formal extradition request from the South African government last year in December.