Hlophe's impeachment process has to be in line with section 177 of the Constitution. 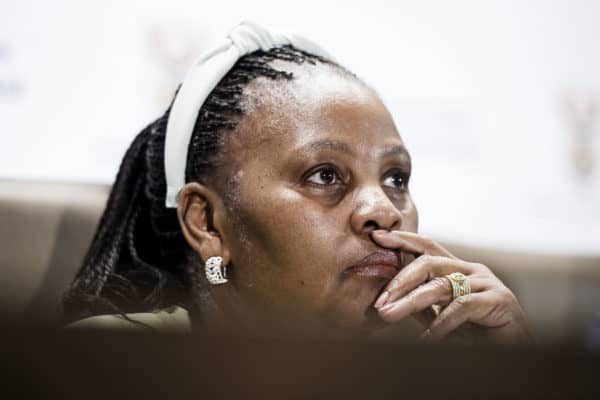 “The speaker of the National Assembly welcomes the abandonment and withdrawal of the urgent application by the judge president of the Western Cape High Court to interdict the National Assembly from proceeding with its consideration and processing of the recommended removal from office by the [Judicial Service Commission],” Parliament’s spokesperson Moloto Mothapo said in a statement.

The application was heard virtually by the Johannesburg High Court on Wednesday morning.

Hlophe had filed his application – divided into part A and part B – at the high court last week in a bid to force Parliament to halt the impeachment process against him.

Alongside the impeachment process interdict, part A of the application had also sought to stop President Cyril Ramaphosa from suspending Hlophe.

However, his legal representative, Lihle Sidaki, during Wednesday’s court proceedings decided to abandon this part of the application.

This is due to the Judicial Service Commission (JSC) postponing its meeting on Monday, which was expected to decide whether to recommend Hlophe’s suspension to the president.

The withdrawal of part A comes amid the National Assembly’s constituency period, which means the House will reconvene on 3 November.

This means Hlophe’s impeachment process will only proceed then, as the matter is currently being reviewed by the National Assembly’s portfolio committee on justice and correctional services.

Meanwhile, Mothapo indicated that Mapisa-Nqakula had asserted, in her affidavit filed in response to the interdict, that she would abide by the court’s ruling on the matter.

He said the speaker had also contended that the impeachment proceedings would take place after the constituency period ends.

“Therefore, judge president Hlophe can accordingly have no apprehension of the process proceeding until November 2021,” he added.

The JSC last month found that Hlophe had improperly tried to influence two Constitutional Court (ConCourt) justices to violate their oaths of office by ruling in favour of former president Jacob Zuma.

Hlophe – in part B of his application – wants to have the high court set aside the tribunal’s findings.

His impeachment process has to be in line with section 177 of the Constitution, which governs the removal of a judge.

The glue of the ANC coming unstuck internally, says expert
3 days ago
3 days ago
PREMIUM!

How worried should Ramaphosa be about old ANC fighters?
6 days ago
6 days ago

The glue of the ANC coming unstuck internally, says expert
3 days ago
3 days ago
PREMIUM!

How worried should Ramaphosa be about old ANC fighters?
6 days ago
6 days ago