The EFF leader's legal defence says the ANC government is using apartheid-era laws to suit its own agenda now in the 21st century. 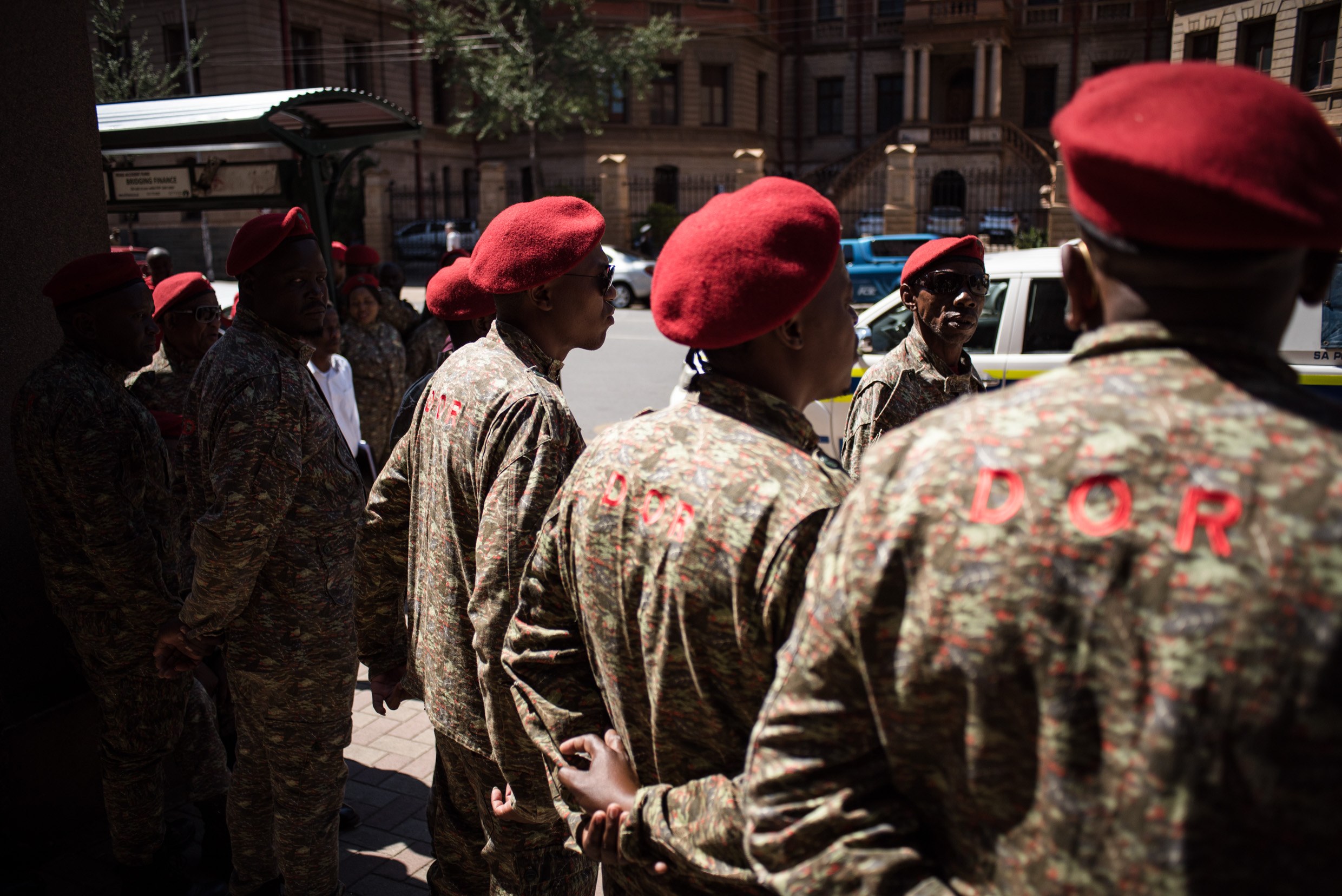 EFF members are seen outside the North Gauteng High Court in Pretoria where EFF leader Julius Malema was expected to appear in a case related to his call on supporters to invade vacant land, 12 December 2018, Pretoria. Picture: Jacques Nelles

EFF leader Julius Malema committed no crime by calling for the occupation of vacant land and should not go to jail for exercising his right to free speech, a full bench of the High Court in Pretoria heard on Tuesday.

Malema has asked the court to declare sections of the Riotous Assemblies Act and the Trespassing Act unconstitutional and to set aside the National Prosecuting Authority’s decision to proceed with criminal charges against him in three separate cases.

Malema is facing separate criminal charges in the Bloemfontein and Newcastle Magistrate’s courts for his calls on EFF supporters to illegally occupy land, but his criminal trials were delayed pending the final outcome of the EFF’s constitutional challenge to the legislation, which can take years to finalise, as the Constitutional Court will have the final say about the issue.

The EFF maintains the apartheid-era law is outdated and was historically used in the 1960s to put many liberation fighters behind bars, including the accused in the Rivonia treason trial. The party has accused the ANC government of cynically now using the act to try to silence its critics.

The charges relate to, among others, the EFF’s elective conference in 2014 and incidents in 2016 when Malema encouraged land grabs, among other things saying the land belonged to the country’s black African majority and whites could not claim ownership of the land. He encouraged supporters to “take any beautiful piece of land” they saw because it was taken from black people “by genocide” and he was not scared to go to prison over the land question.

Advocate Tembeka Ngcukaitobi, for the EFF, argued that the 1956 Riotous Assemblies Act was part and parcel of the apartheid government’s segregation policy, was used as a tool of oppression and to suppress opposition, and had no place in a constitutional democracy.

He said Malema faced the possibility of prison not because he had beaten anyone up, but because he spoke about his political party’s policy, which was that vacant land should be occupied by the landless.

He said there was no evidence that Malema’s calls had resulted in violence, yet he was being criminalised for speaking the truth on the strength of legislation drafted by a minority government and was used to suppress anti-apartheid assemblies.

“It is important to protect Malema’s right to say occupy land in order for us to realise the dream of freedom,” he said.

Ngcukaitobi said there was no reason why Parliament couldn’t pass legislation to criminalise, for example, incitement to murder, in appropriate cases, but they should lave Malema and other politicians alone.

Brian Epstein, for the NPA, argued that it was Malema’s right to challenge the slow pace of land reform and to do so vigorously, but he could not stoke others to illegally occupy and invade land. It was for the criminal courts to decide to whom it was said and if it had inflamed people.

“We cannot have a call to self-help. It leads to anarchy and chaos. It’s inflammatory … and sparks violence, particularly in the current environment … There is no justification for anyone to take the law into their own hands,” he said.