The ANC in the city has made it clear they will not make the new mayor's life easy. 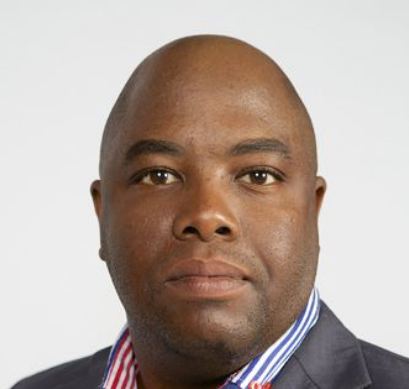 There’s a new captain in the capital city as DA candidate Stevens Mokgalapa was elected Tshwane mayor during a special council sitting on Tuesday morning.

Mokgalapa was elected without participation from the ANC after the party’s chief whip in council, Aaron Maluleka, announced that the party refused to vote.

The EFF also abstained their vote, with leader MoAfrika Mabogwane saying they do not know Mokgalapa and can’t vouch for his leadership skills.

Mokgalapa will take the helm after former mayor Solly Msimanga served his last day as the city’s head on Monday. Mokgalapa was further elected by the IEC as a new PR councillor in Tshwane and sworn in during the council sitting.

After Mokgalapa was nominated, an ANC councillor objected, saying: “Of all the black faces before you, you had to go and get someone from Cape Town.”

Tshwane speaker Katlego Mathebe then pointed out Mokgalapa was actually from Tshwane.

Shortly after his election, Mokgalapa gave a short speech: “I am a humble servant of the people of Tshwane and not your king. Treat me as your servant. Thank you for putting your trust in me. We will continue to ensure the city of Tshwane is an open city for all.”

He also vowed to deal with the irregular GladAfrica contract, saying: “Any implicated person will be accountable to the full extent of the law.”

“I announce today that the irregular expenditure incurred in the Glad Africa contract will be investigated, recovered where possible and any implicated persons be held accountable to the full extent of the law. Dependant on the review of the GladAfrica contract I will explore all legal avenues to minimise associated risks for the city, including extracting the city from the contract,” said Mokgalapa.

“I will ensure senior managers are held to the very highest standard that is required through an intense performance management system that I will review upon taking office. The city manager will account to me, and I will not relent.”

The ANC in Tshwane has, however, made it clear that they would not make Mokgalapa’s life in his new position easy. During his speech, one ANC councillor raised a point of order, accusing the new mayor of copying his predecessor.

“This is Solly’s speech. He said that before. Plus he’s wearing Solly’s suit,” he said.

Shortly afterwards, the ANC’s Tshwane leader, Kgosi Maepa, delivered “congratulatory remarks” that were far from congratulatory: “As the ANC, we listened attentively to the new mayor and we realised the DA went from bad to worse – from Solly to the current person.”

Mokgalapa, for his part, called on members of the ANC opposition in the municipality to “do your job”, adding they should make sure they “bring constructive criticism” to him.

He also addressed the EFF, saying he was “willing to work” with them because his “primary focus is service delivery”.

#TshwaneCouncil is back for a special sitting to elect a new mayor. DA's Stevens Mokgalapa could possibly lead the capital city as he's the only candidate put forward by the party. @TheCitizen_News @StevensMokgala1 @CityTshwane pic.twitter.com/2TJlhXp1So

#TshwaneCouncil @TshwaneANC Aaron Maluleka just announced that the ANC would not be participating in the elections.

Tshwane Mayor Stevens Mokgalapa gives his speech: "I am a humble servant of the people of Tshwane and not your king. Treat me as your servant. Thank you for putting your trust in me. We will continue to ensure the city of Tshwane is an open city for all." @TheCitizen_News

#TshwaneCouncil: Mayor Mokgalapa vows to deal with the irregular GladAfrica contract. "Any implicated person will be accountable to the full extent of the law. The City Manager will account to me and I will not relent." @Our_DA @TheCitizen_News @CityTshwane

#TshwaneCouncil Mokgalapa: To the opposition (ANC), do your job. Do oversights. Show me what you've got. To the EFF, I am willing to work with you because my primary focus is service delivery. To the ANC, make sure you bring constructive criticism to me. @TheCitizen_News

@TshwaneANC gives their "congratulatory" remarks. Leader Kgosi Maepa says: "As the ANC, we listened attentively to the new mayor and we realised the DA went from bad to worse – from Solly to the current person." @TheCitizen_News @CityTshwane @Our_DA

@TshwaneEff's MoAfrika Mabogwane congratulatory remarks: "We want to be clear, we didn’t vote for the new mayor because there is little known about him. We don’t want to make the risk we made with supporting Solly Msimanga." @TheCitizen_News @CityTshwane

Born and raised in Tshwane, Mokgalapa joined the DA in 1999, vowing to tackle issues in the city.

“Given my extensive knowledge of both national and local government, I will be able to continue to lead the administration in the City of Tshwane and I hope we can rely on the support of council to make this a reality,” Mokgalapa said earlier this month when he was announced by the DA as the party’s preferred candidate.

Mokgalapa served in parliament as the shadow minister of international relations and cooperation, and previously served as a ward and PR councillor in Tshwane for nine years.

He has a degree in political science and an honours degree in international relations.

I’ve just been sworn in as Member of the Gauteng Provincial Legislature.

In this, I dedicated myself and the DA to serving and putting the people of the province first.
#MsimangaForPremier pic.twitter.com/qH7D5qRZI0

Meanwhile, Msimanga has been sworn in as a member of the Gauteng Provincial Legislature and is the DA’s candidate for Gauteng premier.

Msimanga announced on Friday, January 18, that he was stepping down from the position of mayor to focus on his run for Gauteng premier.

He then made his resignation official on the last day of January, stating he would leave his office on February 11.

READ MORE: Msimanga resigns as mayor but Tshwane ANC wants him out now

Mathebe had received urgent requests from the ANC to debate a motion of no confidence against Msimanga but said she saw no point in the request as Msimanga was already on his way out.

Despite this, the ANC made it clear they intended to forge on with their request anyway, demanding that it be put to a vote alongside council business such as a notice of intention to suspend the city manager Moeketsi Mosola and a discussion on the AG report into the city of Tshwane.

After a chaotic council session during which water bottles were hurled at Msimanga after he made an unpopular comment about “bantu education“, Mathebe disallowed the motion of no confidence.

This meant Msimanga survived the third attempt at removing him through such a motion, only to vacate his post on Monday, February 11, as he had stated he would do in his resignation letter.