The Gauteng High Court in Pretoria has ruled that Supra Mahumapelo should return to his office and resume his responsibilities as ANC North West chairperson immediately. 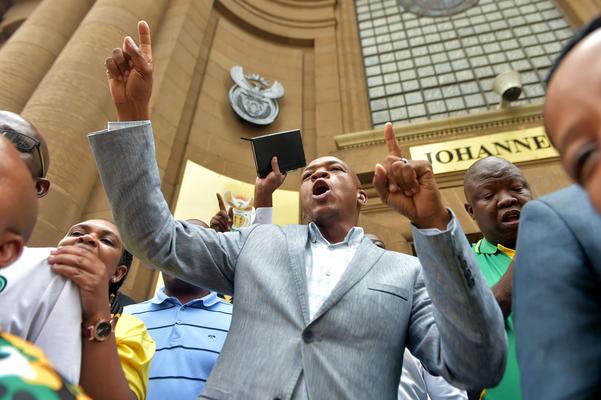 Last week, Judge Fayeeza Kathree-Setiloane handed down judgment in the Gauteng High Court in Johannesburg, reinstating the PEC and nullifying the provincial task team, which was established by the NEC as an interim structure.

On Tuesday, the five applicants’ legal representatives, advocates Dali Mpofu and Tembeka Ngcukaitobi, told the court the PEC should be reinstated, even if its term of office expires this week, arguing that the ANC’s secretary general, Ace Magashule, had put a moratorium on conferences until after the 2019 general elections, which would allow the PEC to complete its work.

Kathree-Setiloane, who also heard the matter in Pretoria, directed Magushule to take immediate and direct steps to ensure compliance with court order.

“The order pending the application of leave to appeal the order of 6 February is brought into operation.”

PEC member and first applicant in the matter Aaron Motshwana complained that they felt they had no option but to force the ANC NEC – the governing party’s highest decision-making body between conferences – to honour the court order.

He complained that the PEC was not being allowed space to self-determine, and questioned the ANC’s decision to challenge some aspects of Friday’s ruling.

The ANC, however, has said it accepted that its decision to disband the provincial structure was wrong according to the courts, but said it needed to challenge aspects of Kathree-Setiloane’s ruling regarding the NEC’s authority.