The so-called leaked report - the authenticity of which is still in question - is part of the factional battles within the ANC, an analyst says. 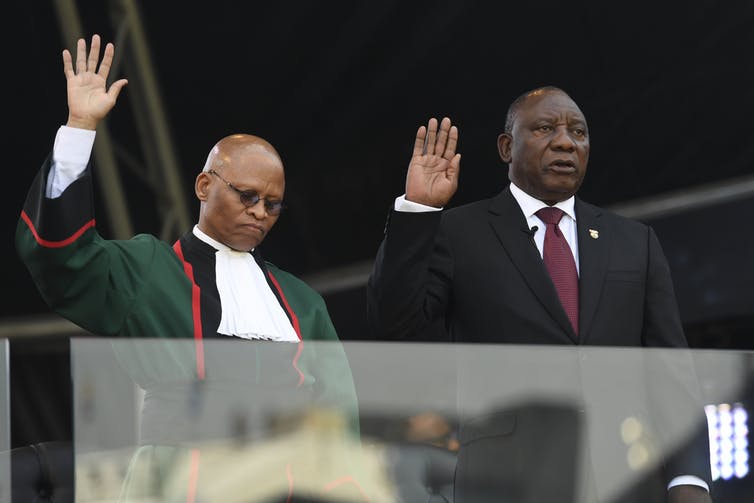 A report alleging that Public Protector Busisiwe Mkhwebane has found President Cyril Ramaphosa guilty of misleading parliament over a R500,000 Bosasa donation has served its purpose, albeit to a minimal extent, of casting aspersions on his credibility.

This is according to Tshwane University of Technology-based political analyst Levy Ndou, who said although the authenticity of the so-called leaked provisional report was still in question, perceptions are everything in politics.

The Sunday Independent reported that Mkhwebane had found Ramaphosa guilty of “inadvertently misleading” parliament over a donation in 2017, from Bosasa boss Gavin Watson to his ANC presidential campaign.

Ndou said since Ramaphosa projected himself as an anti-corruption crusader, who won back the hearts of disheartened ANC members and the nation with his unblemished image, it would be even more damaging if the findings turned out to be true.

He said the timing of the “leak” could be seen as a fightback tactic by the cornered anti-Ramaphosa camp.

ANC secretary-general Ace Magashule caused an uproar last week when he said the party’s national executive committee lekgotla had adopted a resolution to expand the SA Reserve Bank’s mandate to include job creation and economic growth.

This was rubbished by Finance Minister Tito Mboweni, suggesting deep divisions and lack of coherent position within the governing party.

Ndou said for the “leaked report” to surface at the time of the criticism heaped on Magashule and others from the anti-Ramaphosa camp, was just too convenient.

He said the report could only have come from two sources; the faction within the ANC hellbent on tarnishing Ramaphosa, in order to shift focus from those leaders tainted by the Commission of Inquiry into State Capture, or the opposition parties.

“It is obviously damaging to the president. Though the public protector is yet to release the final report, aspersions have been cast and Ramaphosa can only pray that the final report finds otherwise,” Ndou said. “The so-called leaked report is part of the factional battles within the party and a backlash by those criticised for the central bank mandate debacle.”

The analyst said what the opposition, particularly the Democratic Alliance (DA), stood to benefit was to paint the ANC as endemically dishonest, rattle Ramaphosa’s anti-corruption posture as insincere, and drag him into the state capture abyss.

DA leader Mmusi Maimane has written to Mkhwebane requesting that she releases the report within 48 hours as its timeframe had lapsed.

Maimane said he reported the matter more than six months ago, and that the report should have been issued within 60 days of the receipt of the complaint.

According to the DA leader, Mkhwebane confirmed in a meeting held with her for an update on the probe that while she had initially hoped the investigation would be finalised by February, “it became apparent during the process of investigating that the nature and extent of the relationship between the Ramaphosas and Bosasa runs much deeper than initially thought”.

He, however, lamented that Mkhwebane’s report was almost six months overdue, leaving her with no choice but to release it immediately in the interest of the public.

“The immediate release of this report will leave no room for further leaks and speculation and allow the public and parliament to hold President Ramaphosa to account for his actions,” Maimane charged. “It is high time that presidents and their families who mislead parliament are treated as equal before the law and held to account to the fullest might of the law.”