Zandile Gumede’s supporters want her back as eThekwini ANC chair 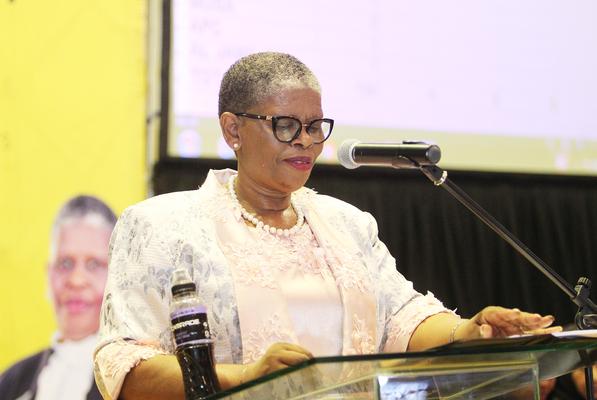 Supporters of former eThekwini mayor Zandile Gumede still believe their backing of the embattled politician was justified, while the Democratic Alliance has welcomed her official resignation from council

Gumede and other senior executives in the eThekwini and Msunduzi executive councils have officially handed in their resignations, the ANC in KwaZulu-Natal confirmed on Monday.

However, supporters of the now former mayor still want her to return as ANC eThekwini chairperson.

The leader of her supporters, Mzomuhle Dube, told News24 on Tuesday, a day after her official resignation, that many people had plotted to have her removed and that the processes building up to her dismissal were unfair.

“Everything we did was justified. The process she was subjected to was grossly unfair. We cannot change that position. But have to think about people of eThekwini.”

Dube claimed that executive council (exco) members in eThekwini Metro had got rid of Gumede so as to move up the political ladder, but were then themselves taken out of office.

“Some made reports to reflect something to say she was someone who was authoritarian. I wonder how that happens. When you are in exco, you have your own responsibilities.”

Dube said the protests by her supporters would die down so that the City could adequately function.

“We have to think properly about the people of eThekwini and how that affects the people. It is the right thing to do to proceed with normal programme. Only weak people believe instability should be definite (sic). You have to know when to stop.”

He said they would continue to support Gumede throughout her corruption case.

“We are members of the ANC in the branches. We are adamant, she will go back as ANC region chairperson. In January, we will go in numbers to support her.”

Gumede is currently out on bail relating to corruption charges involving a Durban Solid Waste tender. The case resumes in January next year.

“It took the ANC far too long and the damage done to the municipality has been far too great. It’s clear that the ANC acted when the pressure was too great to do anything else, and not out of the genuine need to see Gumede gone.”

The DA’s eThekwini caucus leader, Nicole Graham, said Gumede had been on paid leave as instructed for three months and had continued to earn her R115,000 monthly salary.

“The municipality must now move to recover losses from Gumede and those who worked with her to loot eThekwini. The City’s Anti-Fraud and Anti-Corruption policy demands that this happens when people have been found guilty of wrongdoing. Resigning is not enough when hundreds of millions of rand, of public money, are involved.”

The ANC on Monday night confirmed it had received Gumede’s resignation as mayor, along with the rest of the ANC executive members in the eThekwini and Msunduzi councils.

After days of seeming delays, ANC provincial spokesperson Ricardo Mthembu confirmed that Gumede and other senior members had now stepped aside formally.

This came after the party made sweeping leadership changes to the executives in those councils earlier this month following a special provincial executive committee (PEC) meeting on the future of the two municipalities.

Acting mayor Fawzia Peer will continue to act in the position until mayor-elect Mxolisi Kaunda, the current transport MEC in the province, is sworn and voted in by the council.