Malema: No one has approached me to lead the EFF again

He says he has yet to be approached to consider continuing leading the organisation. 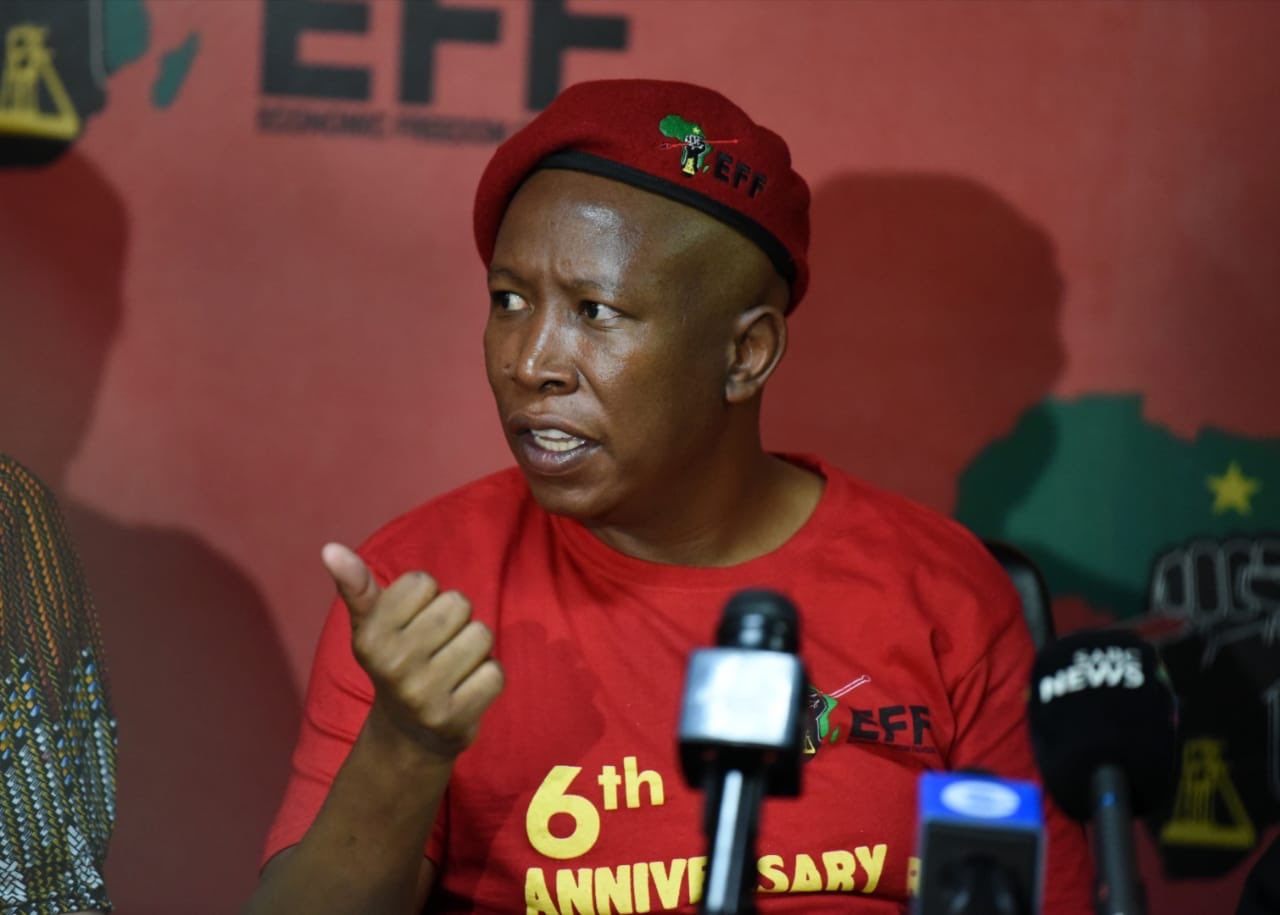 EFF leader Julius Malema is happy with the fierce lobbying in the party ahead of its second elective conference, which kicks off on Friday.

Malema is expected to be re-elected as leader of South Africa’s third-largest party at what the EFF calls its national people’s assembly (NPA).

In an interview last week, he said there were clear guidelines which steered how members could lobby for those they wanted to see in leading roles.

Numerous slates have been shared on social media, with some members pushing for the party’s outgoing chairperson Dali Mpofu to go head to head with its deputy president Floyd Shivambu.

The names of head of the Defenders of the Revolution Marshall Dlamini, national spokesperson Mbuyiseni Ndlozi, and Gauteng chairperson Mandisa Mashego are among those touted as possible replacements for secretary-general Godrich Gardee.

“You are saying it’s already happening. It means it’s allowed. Lobbying is not opportunism. It’s allowed, it’s happening, it’s actually in the guidelines of the EFF as to how it should be conducted,” Malema said.

He said people should lobby for specific people for particular positions, but objected to names being attached to particular groupings or slates, saying the EFF brand should be strong enough and that there was no need to add certain factional names to it.

“I am happy with what we have experienced now in the EFF, where there is very intense lobbying going on. But it is not ugly, doesn’t damage the image of this fragile young organisation called the EFF,” said Malema.

Around 4,000 delegates are expected to vote for new party leaders, including its top 6 and central command team, which will form the highest decision-making structure in between conferences.

The former ANC Youth League president has been in charge of the EFF since its inception and has been accused, by some, of being dictatorial.

Some of his harshest critics have said the party was merely a cult following, made up of people who are unable to question his authority.

“We are running this tight ship because firstly we are not a ruling party, we have a hostile state against the EFF, hostile capital against the EFF. Money is being allocated, assigned in budgets to come and deal with the EFF and destroy it, so you ought to be very careful not to allow opportunism, careerism, spies, agent provocateurs to come and destroy the organisation from within,” said Malema.

“It might not be police, it might not be soldiers but it might be the same attitude we had during apartheid, during the underground times. This time it might be men in civilian clothes but the things they do at night are actually very scary.”

Malema, who said the party had no tolerance for such attacks, claimed he understood how organisations like his were destroyed based on his experience in war rooms the ANC had developed when trying to destroy splinter party Cope, which was formed after the governing party recalled Thabo Mbeki as state president.

Malema, who was evasive when asked if he was keen to return to the helm of the party, said he was yet to be approached to consider continuing leading the organisation.

He added that whether the party’s leaders approached him to stand or not, he would need to hear strong “political reasons” to be convinced either way.

“What matters is to go and give them their organisation intact, much bigger and stronger because they elected me for five years. So they don’t owe me anything beyond what they asked me to do,” he said.

Malema has been seen to be at odds with the EFF Students Command (EFFSC) after he twice questioned the wing’s ability to stand on its own. He has gone as far as describing the organisation as “useless” and calling it a “premature pregnancy”.

However, he told News24 he was not calling for the EFFSC to be disbanded but was concerned that it had not done any work in growing itself outside of the support its mother body had given it.

He added that he was concerned it may not be the right time to launch more command teams in the party.

“They have a third leadership and have not gone beyond what we have handed them.”

Malema said the EFFSC only occupied elitist tertiary institutions but hadn’t grown in rural spaces, raising concerns that it could be the same with command teams centred around women and the youth, respectively. Such structures are provided for in the party’s constitution.

He said once they were set up, they would have the same powers as the ANC Women’s League and ANC Youth League, which serve as additional provinces to the party with voting powers.