EFF defends banning journalists – We have ‘freedom of association’

This comes after Sanef learnt on Friday that the party had denied access to journalists from several media outlets. 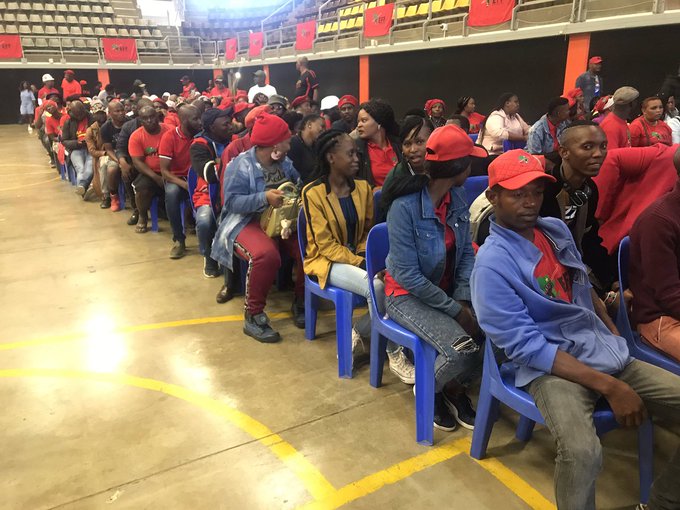 The South African National Editors’ Forum (Sanef) says the EFF’s decision to exclude some journalists from attending its 2nd elective conference is unconstitutional, but the party maintains that it has a “right of association”.

This comes after the forum learnt on Friday that the party had denied access to journalists from Daily Maverick, Scorpio, amaBhungane, Rapport and Caxton [although The Citizen has since received accreditation for two journalists] among several media outlets.

Speaking at its first media briefing as registrations got under way for this weekend’s conference, known as the national people’s assembly, at Nasrec, secretary-general Godrich Gardee said no journalists were banned and that more than 600 media personnel had applied for accreditation, which was impossible to accommodate.

Referring to Daily Maverick, Gardee said the publication was best suited to say why it was not allowed at the conference.

“They know better what they are involved in and should be able to answer the question to whether they are banned or not,” he said.

He said the EFF had a problem with those who “descend into the arena, masquerading as journalists, when actually, they are politicians”.

“As a matter of fact, we have got a right of association with any person and a right of disassociation,” he added.

Gardee said that they would treat members of the media, who conducted themselves outside what was expected from them professionally, the way they treated the now-defunct ANN7.

But Sanef said it believed the party’s move infringed on the right of freedom of expression enshrined in Section 16 of the Constitution.

It added that the party’s ban was, in effect, diminishing citizens’ right to receive information to make informed decisions about politics, including their view of the EFF.

“The EFF’s actions signal a warning to other media houses not to report critically and without fear or favour on wrongdoing. This ban is thus an act of intimidation.”

Sanef added that it was not convinced by the EFF’s claim that it excluded some journalists due to a lack of space.