Following UDM president Bantu Holomisa’s acknowledgement of preliminary talks between his party and the DA, he has indicated that the ANC wants to meet his party too. 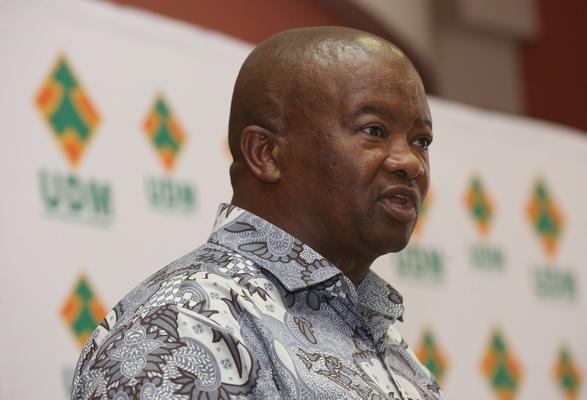 The race for who will form a new coalition government in Nelson Mandela Bay is hotting up, as parties try to either woo or mend fences with the United Democratic Movement (UDM) for its two potential kingmaker seats.

Following UDM president Bantu Holomisa’s acknowledgement of preliminary talks between his party and the DA, he has indicated that the ANC wants to meet his party too.

“ANC requests a meeting with UDM, further for the future of NMBMM and party discussions, the UDM will meet with the ANC on 21 Jan 2020 in Johannesburg, as per the request by its secretary-general,” Holomisa tweeted this week.

These developments follow speculation since the start of the year that Holomisa had been in talks with top DA leaders about the prospects of a remarriage in the metro, following a bitter break-up just before the removal of former mayor Athol Trollip.

Both DA leader John Steenhuisen and DA federal council chairperson Helen Zille confirmed this week that “talks about talks” had occurred, but played down their trajectory. Zille told News24 there was still a “long way to go” before the parties could understand “what went wrong” the first time, and nothing formal had been discussed.

In a letter, Holomisa said the two parties met in Pretoria. “Various matters were discussed in terms of the principles that must be applied to take the work of this council forward,” Holomisa said, adding that there will be more meetings.

The Patriotic Alliance’s (PA) Marlon Daniels has also said his party had been invited to attend a meeting together with other political party leaders, but declined.

Councillors voted former mayor Mongameli Bobani of the UDM out following a tumultuous tenure after he replaced Trollip.

These parties were the DA, ANC, Patriotic Alliance, AIC, COPE and the ACDP.

In a statement, Daniels this week said his party had been invited to attend talks with the DA, with the intention of a further inclusive meeting with all parties that had met with the DA.

He, however, said they rejected the offer. “The PA was very clear and told the DA ‘do not invite us to your Wednesday meeting. We will not come. We are not going into a coalition with you’.”

He said they would never compromise on principles in favour of positions.

“We supported the removal of Bobani on a principled basis just a few sleeps ago,” said Daniels.

Daniels added he was shocked to learn that the UDM is also likely to be part of renewed talks with the DA.

His parting shot was a request that all parties in talks with the DA should “not waste each other’s time”.

“Get your act together for your coalition with speed, in order to get a stable and functional government together; so that our residents can be afforded the luxury of sustainable service delivery, which has been eluding them for too long.”

Bobani meanwhile would not divulge much on any potential outcomes.

“I don’t want to dwell on the likelihood of positions, but I can confirm that the parties are in talks,” said Bobani.

He said the outcomes will be revealed when council takes places in the near future.

The AIC’s Lulamile Moolman, speaking on behalf of Thsonono Buyeye, who is acting executive mayor, said they appreciated that the parties were coming together and exercised democracy.

“We respect the free will of any party to exercise their democracy in order to secure power,” said Moolman.

Moolman however said that if the major parties were willing to reinstate Bobani, then the voters should punish them very harshly in 2021.

He said it would be a shame if both the DA and ANC considered talks to bring Bobani back through the back door.

The first council meeting will take place on January 30. It is in this meeting that the future of the Nelson Mandela Bay Council will be revealed.

The DA has likely committed partners in the ACDP and COPE, bringing a coalition tally to 59 seats – one shy of a 50-50 split.

The UDM currently has two seats, while the United Front and its one seat, will likely vote with the UDM.