A shaken ANC regional co-ordinator Luyolo Nqakula said Ndoni had not been well and had just come from the doctor but came to the meeting, nonetheless. 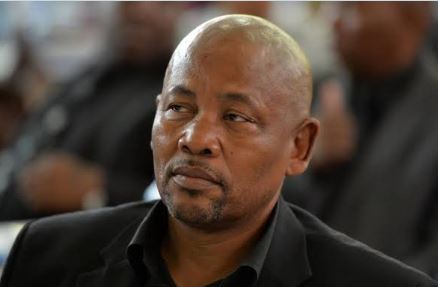 Ndoni’s colleagues and members of the Nelson Mandela Bay council shed tears and sang songs as they surrounded the hearse which had come to collect his body.

He reportedly died during a meeting of the Zola Nqini cluster, which includes Despatch and Uitenhage, where he first served as mayor.

An ANC insider said Ndoni arrived at the meeting and announced he had just come from the doctor.

He added Ndoni had attended the meeting but said he could not stay long as he had a sharp chest pain.

“He later started preparing to leave but as he was getting up, he collapsed into the chair he was sitting in and held on to his chest and slumped further into the chair – it was all so shocking to witness his final but very brief moments,” said the insider.

A shaken ANC regional co-ordinator Luyolo Nqakula said Ndoni had not been well and had just come from the doctor but came to the meeting, nonetheless.

Ndoni was also a regional task team member in the ANC.

“He took his last breath with his boots on as he was in an organisational meeting,” said Nqakuka.

“His last words must never be forgotten. We are still shocked, we are still traumatised by comrade Ndoni’s departure,” said Nqakula.

Ndoni was a long-serving ANC councillor who had served the city since the dawn of democracy.

He became the first mayor of Uitenhage in the transitional period in the 1990s and was a councillor in the first democratic council in Nelson Mandela Bay.

He served as deputy mayor before a DA-led coalition took over the metro after the 2016 local elections.

Ndoni was named chief whip of the council in August 2018 after a new coalition voted out the DA.

His death comes at a critical time for the ANC in Nelson Mandela Bay as it is fighting to retain its position in the current coalition.

Nqakula hailed Ndoni as a great man whose contribution to the struggle had been exemplary.