Mamabolo says he should have verified the claims with the couple before raising them in parliament. 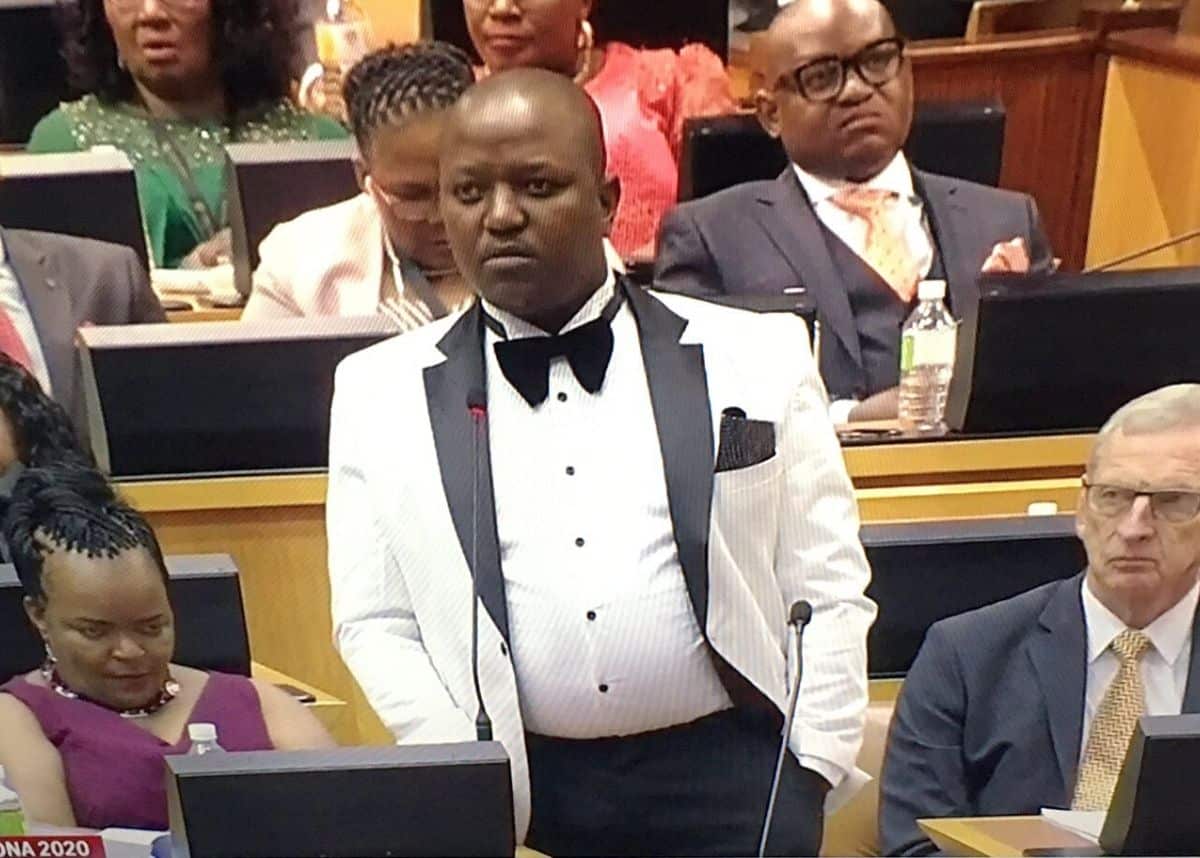 Boy Mamabolo during the 2020 State of the Nation address (Sona). | Image: Supplied

Mamabolo stirred up trouble in parliament during President Cyril Ramaphosa’s State of the Nation (Sona) address in parliament after accusing Malema of abusing his wife Mantoa.

As the EFF was demanding that FW De Klerk leave parliament before Ramaphosa’s address, Mamabolo stood up on a point of order and said the House was being abused, in the same manner that Malema’s wife was allegedly being abused.

During the Sona debate on Tuesday, Mamabolo again repeated the allegations.

Mamabolo said he raised the question to Malema because of Ramaphosa’s call on MPs to expose gender-based violence.

He started getting messages from “jealous” friends called ‘Friends of Mantoa’ telling him about the alleged abuse since November last year.

“I would like to take this opportunity to apologise and retract the insensitive statements that I have made in Parliament and outside regarding gender-based violence which was allegedly happening in your household.

“I humbly request you to accept my sincere apology, I wish you a Happy Malema Family (as I’ve always did) jealous must never break you, Stay strong my Comrades (sic).”

On Thursday, Malema denied ever abusing his wife or any other woman, and vowed to resign as an MP and president of the EFF should anyone provide evidence proving otherwise.

“I would like to reiterate that I have never laid a hand on my wife or any other woman in my life.

“If there should be evidence produced to dispute my claim, even as minute as a molecule, I will be prepared to resign an an MP and president of the EFF. This I will do before the matter can serve in a competent court of law.”