Steenhuisen tweeted the letter which stated that Ramaphosa had authorised the deployment of an additional 73 180 members of the SANDF to assist the police in battling the spread of Covid-19. 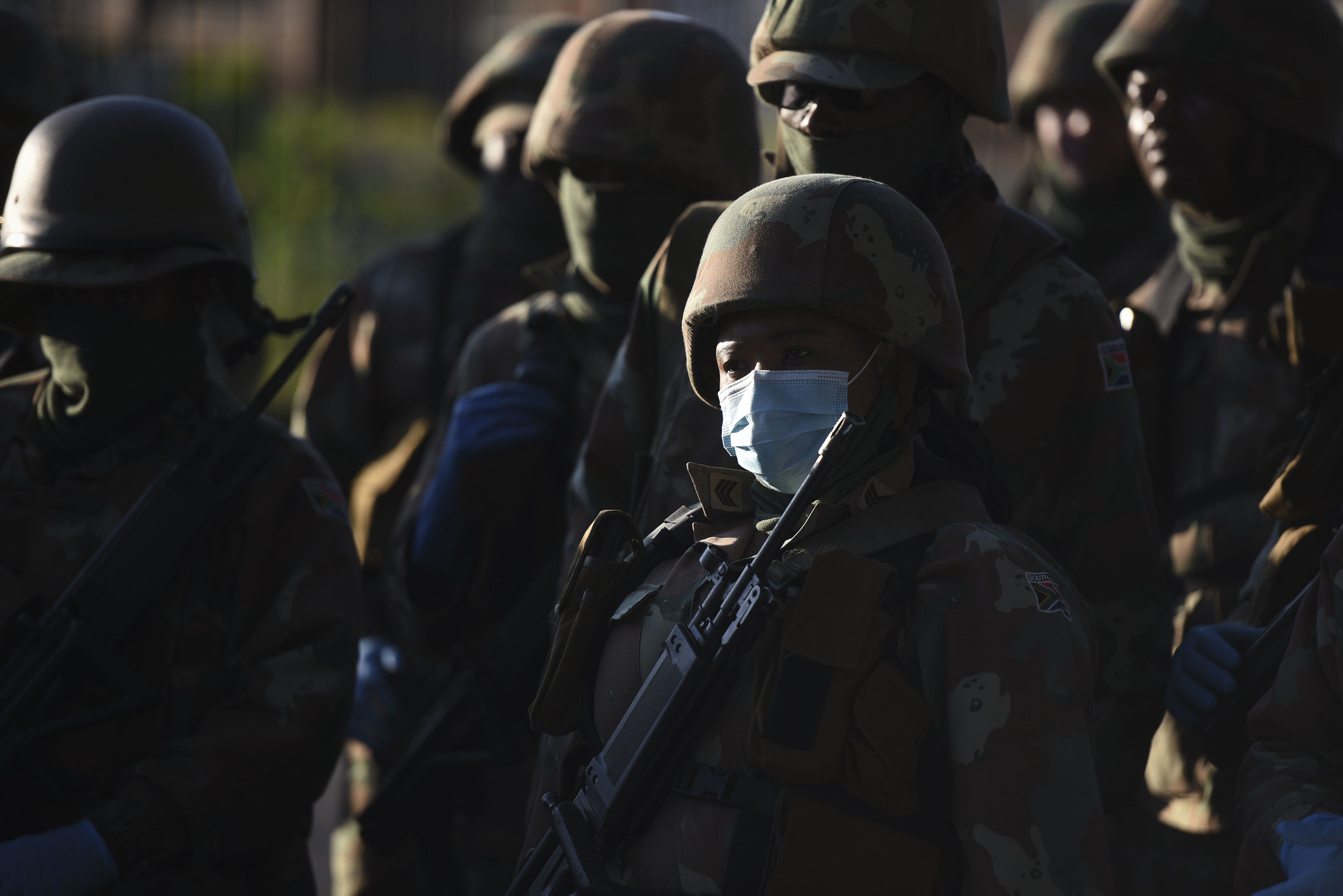 Members of the South African National Defence Force (SANDF) prepare ahead of an intensive lockdown patrol, 23 April 2020, in Soweto, in an effort to curb the spread of the coronavirus Covid-19 pandemic. The SANDF worked alongside the Johannesburg Metro Police and the South African Police Service. Picture: Michel Bega

On Tuesday evening, shortly before President Cyril Ramaphosa addressed the nation, Steenhuisen tweeted the letter, which stated that Ramaphosa had authorised the deployment of an additional 73 180 members of the SANDF to assist the police in battling the spread of Covid-19.

I have requested the presidency to urgently confirm this information. https://t.co/hOBFs5qOMQ

The following day, the committee met digitally, and ANC MP Anele Gxoyiya asked the committee to deal with the “mischievous leaking” of the letter of the SANDF’s deployment.

Committee chairperson Cyril Xaba agreed it was unfortunate the letter was tweeted before it was ventilated in the committee.

“It disturbed me that I got calls from the public to confirm the authenticity,” he said.

There were no objections from the committee when he asked if the matter should be referred to the Speaker.

In a statement released after the meeting, co-chairperson Mamagase Nchabeleng said: “We view this in a serious light as the publication seems to have been intended to create hysteria against the deployment.”

Approached for comment on Thursday, Steenhuisen said in an e-mail that he welcomed the committee’s decision to refer to the Speaker “the fact that [he] tweeted a letter that was already in public circulation”.

“It is such [a] patently ridiculous and farcical charge and the chairperson is going to be horribly embarrassed when he realises just how I came to be in possession of a letter addressed to him,” he said.

He said Xaba and the committee should rather have been concerned about the legality of the letter, in that it didn’t follow the correct parliamentary procedures.

Steenhuisen said the committee “has essentially sat on its hands, refusing requests to meet and essentially allowing the executive a free hand in deploying the SANDF in this period”.

It led to widespread alleged abuses of civil liberties, and Xaba should therefore resign as chairperson, he added.