Many roleplayers within the metro had raised concern over the vacant mayoral position and the instability in the metro. 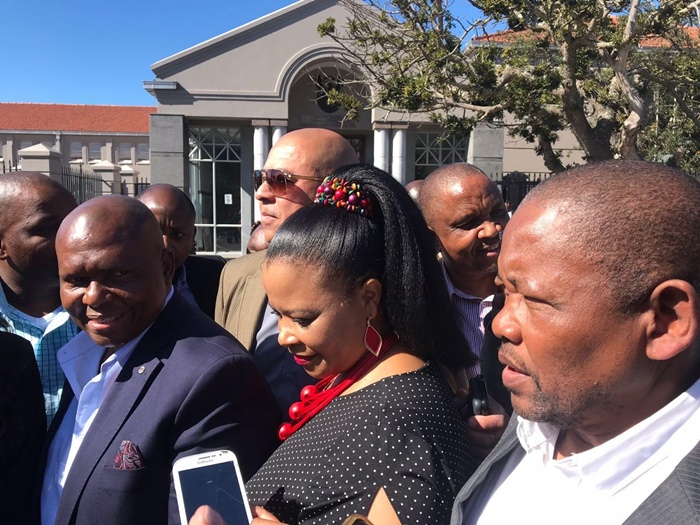 Nelson Mandela Bay council speaker Buyelwa Mafaya has been ordered by the Port Elizabeth High Court to call a council meeting within seven days to elect a mayor and appoint an acting city manager.

The judgment comes after the DA filed papers on 31 July with the court, and after its leader Nqaba Bhanga wrote to Mafaya to demand an urgent council meeting to elect a new mayor.

The Nelson Mandela Bay Municipality has been without a mayor ever since Mongameli Bobani was removed by a vote of no confidence on 5 December 2019.

The matter was initially heard on 11 August in the High Court and judgment was reserved.

On Thursday, Judge Irma Schoeman ordered that Mafaya be directed to convene a council meeting within seven days of the court order and that the council agenda must include the election of a mayor.

Many roleplayers within the metro had raised concern over the vacant mayoral position and the instability in the metro.

In a 16 June letter to President Cyril Ramaphosa, the Nelson Mandela Bay Chamber of Business said without a mayor to table its budget, it feared the metro would lose its equitable share and this will have devastating effects.

Reacting to the judgment, the DA’s Bhanga, said: “This is not only a victory for the DA, but also a victory for democracy and the long-suffering residents of Nelson Mandela Bay, and we can now start to rebuild our city that has been brought to its knees by the governing ANC-led coalition of corruption.”

He said the judgment follows exactly two years after the ANC-led coalition removed the DA and its coalition partners from government.

“Under the DA and its coalition partners, the city was financially stable, and service delivery was a priority, but within only two short years the ANC-led coalition of corruption has brought financial ruin and total service delivery collapse to the city.”

Bhanga said the DA will make sure that good governance and accountability return to Nelson Mandela Bay and will work tirelessly to turn this metro around.

“We have done it before, and we will, together with our coalition partners and the people of Nelson Mandela Bay, do it again,” said Bhanga.

Asked for a comment, Mafaya texted back, saying she was in a meeting.