The party's interim leader says he believes that reigniting the DA's activist base will be key to winning power from the ANC in 2024. “I’m battle-tested, and I am ready to lead you in the fight to save our beautiful country. It will be the fight of our lives but, together, we can win it!” DA interim leader John Steenhuisen said in his candidate’s speech to the DA federal congress.

On Saturday morning, both Steenhuisen and his challenger for the position of DA federal leader, Mbali Ntuli, had an opportunity to address more than 2 000 delegates at its virtual congress.

“When I put my hand up for the position of interim leader a year ago, I did so because I care so deeply for the party I have served for over 22 years,” Steenhuisen started.

“I knew very well that our engines were sputtering and that our wings had been clipped.”

Then, taking a thinly veiled dig at Ntuli – who was sharp in her criticism of the party establishment on the campaign trail – he said: “But instead of threatening to leave the party I love, I asked all of you to join hands with me. And, instead of criticizing the DA in the media, I worked hard to rebuild its image. Because we all know that South Africa can only work if the DA works.”

“It has now been exactly one year since we adopted a review report that set out the hard truths about what we needed to do to fix our party,” he said.

“As we look back on these past 12 months, I think we can all agree that they have been even tougher than many of us could ever have imagined.

“But, perhaps more than at any other time in our proud history, this past year has also proven the fundamental strength of the Democratic Alliance.”

He said under his leadership, they have not shirked away from the challenge.

“Instead, we did what all truly great organisations do in difficult times: We rose to the occasion. When the going got tough, I made sure that the DA got going.”

He said the single most important fix the party made over the past year was a renewed focus on what he called the ABCs of politics: activism, branches, and campaigning.

“When I first joined the DA as a member of my local branch in Durban way back in 1994, I spent my days knocking on doors talking to people. It was then that I realised the power of true activism.”

He said committed activists were the secret ingredient behind the DA’s rise from a 1% party to become the official opposition in 1999.

“And I believe that reigniting our activist base will be key to winning power from the ANC in 2024.

“Times may have changed, but there is no substitute for face-to-face communication with voters.”

Steenhuisen said the days of “people being parachuted into positions at the expense of our hardworking members” are gone.

Steenhuisen reiterated one of his key messages on the campaign trail: that the party’s discipline must be restored, including “message discipline”.

He said every South African deserved to know the party’s vision for the country and how it planned to rescue it from “this criminal clique in power”.

“We must give people permission to hope again. Let’s give them the audacity to dream of a better future; a promise of stability in a world that has never been so uncertain.”

Steenhuisen said the blue jet was ready for take-off.

“We have repaired the holes in our fuselage. We have installed powerful new jet engines. And our passengers are excited for the journey that lies ahead.

“That is why I had faith in you and the party to have this congress so we can finish what we started.

“The turbulence is over, and the next leg of our journey has begun. It is time to open the throttle and take to the skies.” 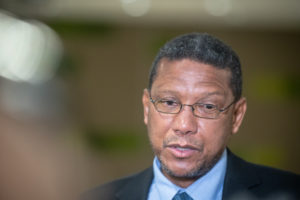 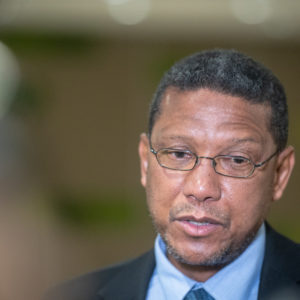 Coalition agreements must be made public, says Tshwane mayor
5 hours ago
5 hours ago

Coalition agreements must be made public, says Tshwane mayor
5 hours ago
5 hours ago