The electoral commission rejected the party's application to register as a political party in September, basing its decision on a perceived similarity with another party and the use of the SA flag in their logo. 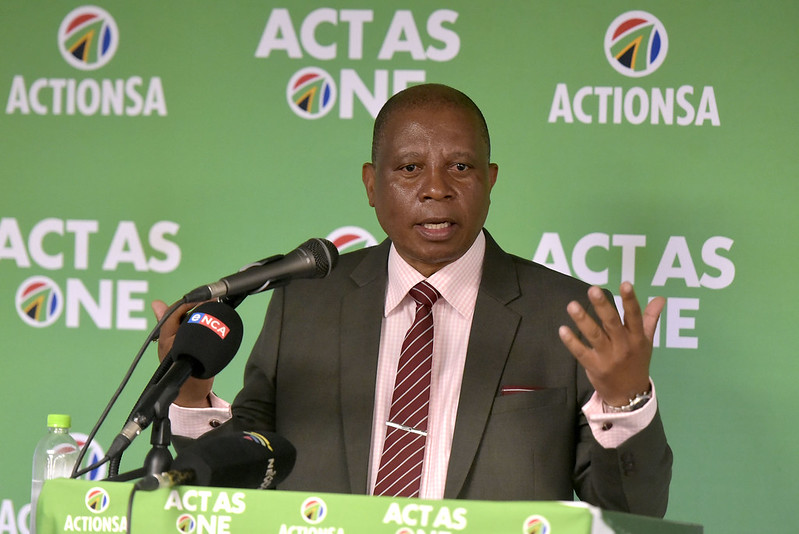 The Independent Electoral Commission (IEC) has rejected ActionSA’s appeal over the dismissal of its registration application as a political party, Herman Mashaba – its leader – confirmed on Tuesday.

This comes after IEC chief electoral officer (CEO) Sy Mamabolo said during a media briefing on Monday that the commission was assessing ActionSA’s objection on the matter.

The decision also comes a day before scheduled by-elections, which will be held on Wednesday, 11 November, across the country.

The IEC rejected ActionSA’s application to register as a political party in September, saying its decision was based on a perceived similarity with another party and the use of the South African flag in their logo.

In a statement, ActionSA leader Mashaba said the IEC informed the party on Monday afternoon that its appeal had been successful in respect of the rejection on the grounds of the Heraldry Act, regarding use of the South African flag, but that it had now been rejected on the grounds of similarity.

Our appeal has been successful in respect of the IEC’s rejection of the ???????? flag, but rejected on the grounds of similarity.

We are consulting our legal team to study the Commission’s reasons to uphold the decision of the Chief Electoral Officer.https://t.co/vdTVNWfQKz

Mashaba said the party was shocked by the commission’s decision and its reasoning behind it.

Describing the IEC’s decision as “inconsistent”, he said the Chapter 9 institution had no legal authority to decline an application outside of its specific parameters of Section 16 of the Electoral Commission Act of 1996, which dealt specifically with a political party’s identity.

“The concession by the commission to overturn the decision of the chief electoral officer, included the remarkable concession that the commission has no evidence to suggest that the South African flag is even protected under the Heraldry Act of 1962.

“This is a demonstration of the flawed decision-making process followed by the IEC, which raises the question of how they can correctly analyse a subjective issue of similarities when they did not correctly assert the objective matter of the law.”

Mashaba further claimed that the IEC’s conclusion had relied heavily on a study conducted into voters and elections.

“This is despite the fact that the very same study says ‘it [the report] does not allow for generalisation to the broader public’.”

“The study cites this because it involved 91 interviews and 8 focus groups, something which the study itself recognises is not statistically representative.

The former Johannesburg mayor argued that the IEC had also admitted to registering political parties with similar logos, however, only because that there were “fewer political parties this was acceptable to them”.

“The IEC stated that ‘in the past, when few political parties sought registration, the CEO could afford to be generous in the exercise of the discretion to register them.”

“Interestingly the offer made in our appeal, which the regulations make provision for, for ActionSA’s marketing team to present a professional perspective on the differences between the logos, and the inconsistencies with other logos previously registered, was not taken up.”

He added that the party had instructed its legal team to file an appeal and if necessary, proceed to court in order to defend its registration.

“ActionSA is currently consulting its legal team to study the commission’s reasons to uphold the decision of the chief electoral officer.

“We are of the view that any effort to alter the logo would likely produce the similar problem precisely because there are over 600 political parties, a situation caused by the IEC’s failure to deregister parties, in accordance with its own regulations, that are not represented and do not contest general elections.

“It is clear that ActionSA stands an excellent prospect of successfully reviewing the IEC’s decision by the High Court on an urgent basis. ”