Cele mum on Nkandla visit, will report to ANC first

'There’s no date as to when he will be meeting with the ANC,' said Cele's spokesperson Lirandzu Themba. 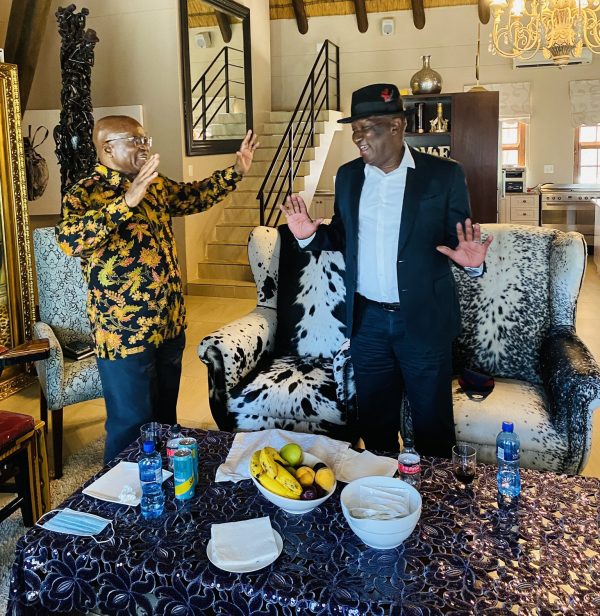 It remains a mystery as to why Police Minister Bheki Cele paid a visit to former president Jacob Zuma at his Nkandla homestead on Thursday.

“Minister has concluded his visit with the former president and will update ANC leadership on his visit first before he engages the media. There’s no date as to when he will be meeting ANC,” said Cele’s spokesperson Lirandzu Themba.

Only time will tell whether Cele was sent by the ANC to Nkandla or if it had anything to do with Deputy Chief Justice Raymond Zondo’s recent complaint against Zuma for failing to appear before the Commission of Inquiry Into Allegations of State Capture on Monday.

On Tuesday, the ANC released a statement on its national executive committee (NEC) meeting outcomes and said that it would support its officials engaging with the former president.

President Cyril Ramaphosa had publicly asked for Zuma to be afforded some time and space to think carefully about his decision to defy the Constitutional Court’s (ConCourt’s) ruling which compelled him to appear before Zondo.

“This is the matter that I am sure he is going to give much more thought to because he is being counselled by a number of people and a number of organisations that the constitutional structure that he contributed so much to needs to be given consideration … I am sure in his own time he will think about all this,” said Ramaphosa.