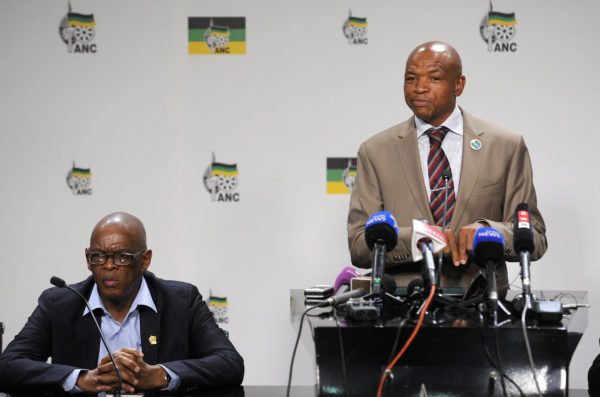 This after letters circulating on social media, purportedly from party secretary-general Ace Magashule, said that the two’s suspensions was in abeyance and they remained members of the ANC.

The letters acknowledge the pair’s suspension appeal letters, ending with “your membership of the ANC remains intact”.

But IPC coordinator Hlomani Chauke has taken exception with Magashule “venturing into the matters of the appeals”.

“The office of ANC IPC coordinator refers to your letters dated 29 April 2021, regarding the matter of both comrades Mahumapelo and Lenkopane, which are circulating on social media.

“We find it very strange that the secretary-general’s office did not even copy any provincial structure of the ANC or provincial disciplinary committee,” Chauke said.

Chauke beckoned Magashule to provide the IPC with Magashule and Lenkopane’s appeal letters, adding, however, that since no appeal process was pending with the ANC’s national disciplinary committee of appeals, the pair’s suspensions “remain in forced and effect”.

“The secretary-general’s office did not have authority of the ANC NEC [national executive committee] by stating that the memberships of comrades Mahumapelo and Lenkopane are intact, as provided for in the ANC constitution,” Chauke ends in the letter.

On Wednesday, Mahumapelo and Lenkopane were suspended from the ruling party for five years, after being found guilty of misconduct by the provincial disciplinary committee (PDC).

The guilty verdicts are linked to the pair instituting parallel rallies which sought to sow division in the province, with Mahumapelo also censured for publicly telling JB Marks municipality mayor Kgotso Khumalo on 22 March not to resign, despite the mayor having been arrested in 2020 and still facing criminal charges.