The ANC National Youth Task Team says the poster attributed to them is 'fake news', and an attempt to undermine the ANC leadership. 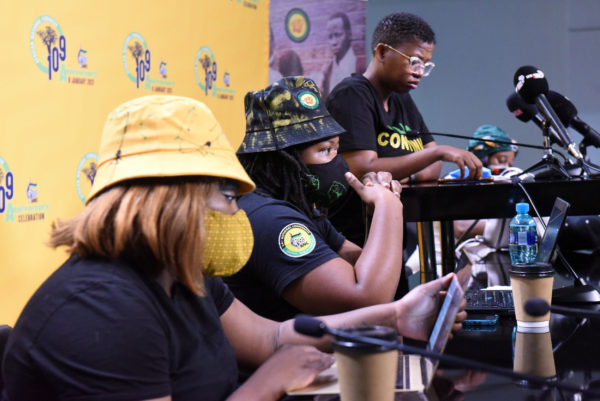 The ANC National Youth Task Team (NYTT) has distanced itself from what it called a “fake news” online poster, which calls for the ANC national executive committee to resign immediately.

ALSO READ: ‘We have a cash flow problem’, admits Duarte

The poster, complete with the ANC Youth League logo and colours, advertises a picket outside the Johannesburg City Hall at 5pm on Thursday, and a night vigil to be held at Luthuli House, the ANC headquarters, until the next morning on the same day. 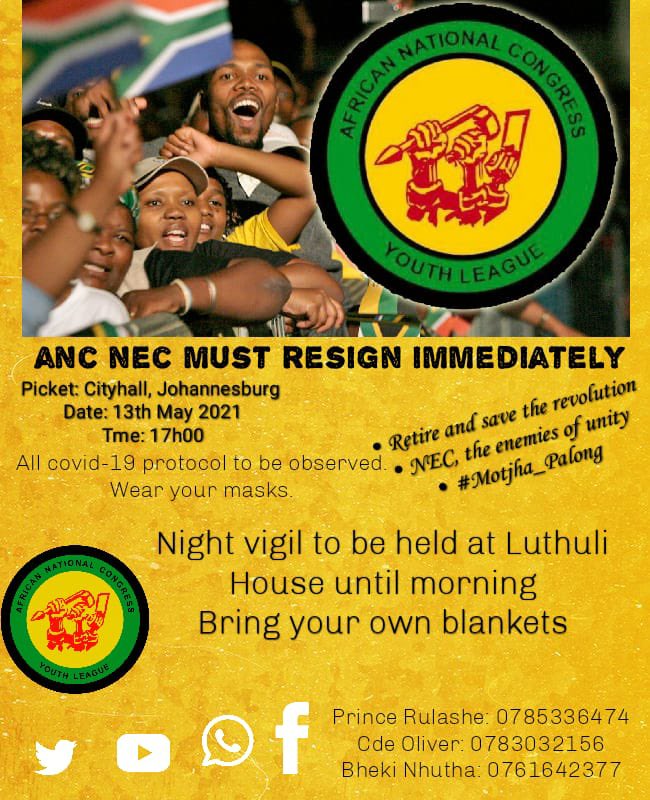 The poster, purportedly by the ANCYL, calling for the heads of the ANC NEC.

“We distance the Youth League from this poster and such planned action. We view it as another attempt to undermine the ANC and its elected leadership,” Mhlauli said.

The poster came a day after ANC president Cyril Ramaphosa announced an endorsement by the ANC national executive committee (NEC) of the suspension of secretary-general Ace Magashule by the party.

Ramaphosa said the NEC had demanded that Magashule apologise publicly to the party structures and members for the suspension letter he wrote to him.

Magashule’s supporters were angered by his suspension and the NEC’s instruction forcing him to apologise.

Social media was flooded with their angry statement, which added to widespread tension from some branches in KwaZulu-Natal and North West, demanding the withdrawal of Magashule’s suspension and asking for the NEC to resign.

ANC boasts diverse list of youth, women as councillor candidates for elections
18 hours ago
18 hours ago

ANC boasts diverse list of youth, women as councillor candidates for elections
18 hours ago
18 hours ago