The EFF leader accused IEC chairperson Glen Mashinini of being compromised and said he was aligned with ANC politicians. 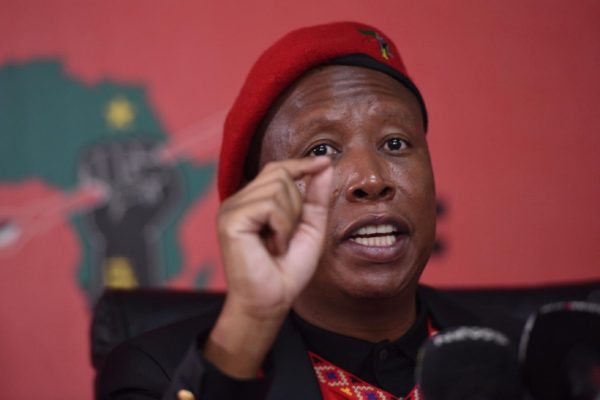 EFF leader Julius Malema on Thursday accused the Independent Electoral Commission (IEC) of being too close to the ANC, raising doubts about its ability to conduct free and fair municipal elections in October.

Malema, speaking at a press conference in Johannesburg, laid into the IEC, saying its officials thought they were “untouchable”.

The EFF leader also accused the commission’s chief electoral officer (CEO) Sy Mamabolo of being controlled by the ANC from Luthuli House.

“For some reason, the IEC thinks it is untouchable and a law unto itself, That it doesn’t listen to anyone except the ANC and [treasurer-general] Paul Mashatile, in particular because of his relationship with the CEO of the IEC. And that they can always manipulate and run the CEO of the IEC from Luthuli House,” Malema said.

This follows the official launch of the 2021 municipal elections on Wednesday in Johannesburg.

The EFF has called for the polls to be postponed due to concerns over the coronavirus pandemic and various restrictions on campaigning. The ANC on the other hand said it was ready for the elections on 27 October.

Malema accused IEC chairperson Glen Mashinini of being compromised and said he was aligned with ANC politicians.

“The attitude of the IEC, you can see that it’s an attitude of a person who has got political protection.

“I think that it is an attitude that is very unfortunate because the IEC as an institution should be most transparent and most open to persuasion because it deals with different constituencies.”

Malema said the IEC was engaged in wasteful expenditure for appointing former deputy chief justice Dikgang Moseneke to lead a review process to determine whether it would be possible to hold free and fair elections.

“They are engaged in wasteful expenditure and we hope the Auditor-General will arrive at a similar conclusion.

“We are going to write to the Auditor-General to scrutinise this transaction as to was it necessary and you are running two parallel things.

“They are driven, some of them, by corruption. They can’t wait to print posters of the IEC, calling for elections and ballot papers and T-shirts and contracting their own relatives.

“If they were driven by rationality and the need to save lives, they would have waited for the former deputy chief justice to release his report.”

Malema said Moseneke was a man of integrity but what the IEC was doing to him will “destroy him”.

He said the commission should have waited for him to complete the review process before launching the elections.

“They are going to undermine the credibility of the former deputy chief justice because you can’t appoint such a senior judicial person and act as if nothing happened,” Malema said.

“They are compromising an extremely independent, objective, credible man. A man who has demonstrated over a period of time that he has an ear and he can listen and he can be persuaded.”

The EFF leader said Moseneke indicated he would give political parties a report by July and based on its recommendations, the EFF would then announce their next move

“So that beyond issues of writing we also are able to present and persuade him to arrive at a different conclusion.”

READ NEXT: Ramaphosa too tolerant of corruption by his ‘cabal’ – Malema