ANC NEC: Will the ruling party ‘protect’ Zuma this time?

The special NEC meeting is set to take place on Monday, which will discuss the issues surrounding Zuma. 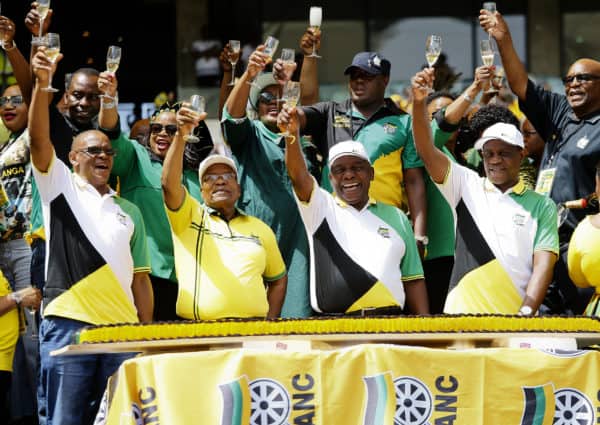 A special ANC National Executive Committee meeting, which was scheduled to happen over the weekend, is set to take place on Monday. Picture: Gallo Images

The special NEC meeting, which was scheduled to happen over the weekend, was postponed by the ruling party on Friday.

However, the meeting is now set to take place on Monday, Newzroom Afrika reported.

This comes after Zuma was sentenced to 15 months in prison for contempt of court by the Constitutional Court (ConCourt) last week Tuesday.

Scores of Zuma’s supporters flocked to his Nkandla homestead in KwaZulu-Natal to stand in solidarity with him with the former president having been ordered to hand himself over to the nearest police station to begin his sentence.

During a media briefing held at Nkandla on Sunday evening, Zuma made it clear that he was not going to hand himself over to the police station, as per the directives of the ConCourt ruling.

Asked by a journalist on whether he has met with the ANC’s top six about the matter, Zuma responded: “Why should I meet them? Why can’t they meet me? I’m not the cause of this problem.”

Zuma previously slammed the ANC for failing to protect him.

In a 23-page letter, the former president accused the ANC top six of leaving him out to dry with no support.

The top six met with Zuma, in April, to discuss his defiance of the ConCourt ruling forcing him to appear before the Commission of Inquiry into State Capture.

The former president had alleged that the meeting was inspired by “the desire to hand me over to the system I complain about”.

Now with the special NEC meeting scheduled to take place on Monday, the question is, will the ANC protect Zuma this time?

Zuma could still go to jail if the Pietermaritzburg High Court dismisses his application to interdict the committal orders granted against him last Tuesday, since the court has no jurisdiction to hear the case.

This is despite the ConCourt agreeing to hear his contempt of court rescission application next Monday on 12 July.

The apex court had ruled that Police Minister Bheki Cele and the National Police Commissioner General Khehla Sitole must act to ensure that Zuma is arrested within three days, meaning this Wednesday.