‘Take off your ANC hat and act like a president,’ Steenhuisen tells Ramaphosa

DA leader criticises the president's silence, saying it was concerning and warns of constitutional crisis. 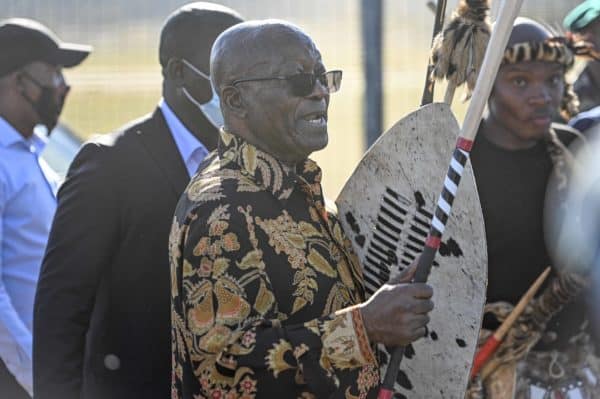 The DA has questioned President Cyril Ramaphosa’s silence amid developments around the landmark ruling by the Constitutional Court sentencing former President Jacob Zuma15 months in jail for contempt of court.

While the ANC was forced to cancel its NEC meeting at the weekend and sent its delegation to Nkandla to engage with Zuma, Ramaphosa is still yet to make a comment on the matter.

DA leader John Steenhuisen has lambasted the president’s silence and said it was concerning.

“President Ramaphosa you cannot remain silent while Jacob Zuma makes a mockery of our judiciary and your lockdown regulations,” Steenhuisen said.

“You cannot think that you can absolve yourself off responsibility in a matter that you, your party and your Cabinet have for years failed to address.”

“The DA calls on President Ramaphosa to remove his ANC hat and put on his presidential robe before South Africa descends into a full blown constitutional crisis.”

Steenhuisen said the country was on the verge of an absolute crisis and judicial anarchy, while both the president and deputy president were missing in action with nothing being said to address the imminent threat of “constitution collapse”.

“Where is president Ramaphosa and why has he not denounced the actions of his compatriots, party members and cabinet ministers which now threatens to collapse the very foundation of our democracy?”

Steenhuisen said should the minister of police and the police fail to arrest Zuma before midnight on Wednesday this would thrust South Africa into a constitutional crisis never before seen.

He also lambasted Police Minster Bheki Cele for his letter to the Constitutional Court.

“It is simply unprecedented for a state attorney to send a letter on behalf of the minister of police to the country’s apex court to second-guess its ruling. When a country’s chief law enforcement disobey its highest court to side with one individual it renders null and void the entire judiciary and the work undertaken by every lawyer, advocate and judge across the country,” Steenhuisen said.