The minister says instigators behind public violence are agitating for a popular revolt against President Cyril Ramaphosa's government. 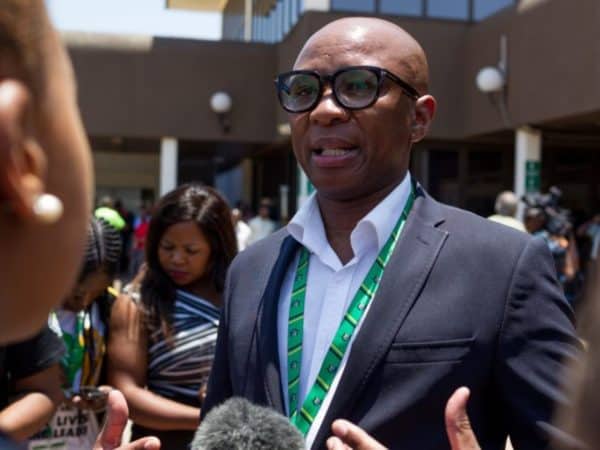 Deputy State Security Minister Zizi Kodwa has revealed that the State Security Agency (SSA) had provided intelligence to the country’s law-enforcement agencies on the threats of public violence in parts of KwaZulu-Natal and Gauteng, prior to the incarceration of former president Jacob Zuma.

The country’s intelligence services have been roundly criticised for not preventing the sporadic looting, arson and damage to shopping centres and other outlets in the two provinces, with more than 70 people killed as a result of protests that started in KwaZulu-Natal.

The protests were ostensibly initially sparked by Zuma’s supporters who called for his release from Estcourt Correctional Centre in KZN after he was handed a 15-month jail sentence for contempt of court by the Constitutional Court (ConCourt) last month.

Kodwa, in an interview with Radio 702 on Thursday morning, said they had shared intelligence on possible public violence with the police before the ConCourt handed down its judgment against Zuma for refusing to obey its orders to appear before the Commission of Inquiry into Allegations of State Capture.

“Intelligence does not have what is called a law-enforcement mandate. What we do is process information. This has been building up for some time, even before the ConCourt ruling. And we have been sharing that information with law enforcement that some of the unfortunate statements that have been made by members associated with the governing party to delegitimise the judiciary and so on,” the minister said.

ALSO READ: Zuma is a victim and 15-month jail sentence is ‘harsh’ – Mantashe

Despite his admission, Kodwa defended the country’s intelligence services, saying they had averted a national crisis that could have been worse. So far, government has deployed more soldiers on the ground to assist police to quell the public violence and destruction of property.

“We have been following up in terms of domestic stability. The intelligence has been on the roll and has been digging up some of those issues. We have shared the potential and the possibility of the scenario where we find ourselves with law-enforcement agencies,” he said.

Kodwa added that the instigators of the public violence and looting were targeting shopping malls in an effort to “agitate for a popular revolt” against President Cyril Ramaphosa’s government.

“What has happened is quite unfortunate. What started as a political protest has turned to be what we see now as the destruction of property and the economy, a clear orchestrated plan of economic sabotage for very ulterior motives to destabilise the country, given the firm and strong stance taken by president Ramaphosa,” he said.

No matter what ANC fails to do, it remains electorally powerful
8 hours ago
8 hours ago
PREMIUM!

No matter what ANC fails to do, it remains electorally powerful
8 hours ago
8 hours ago
PREMIUM!