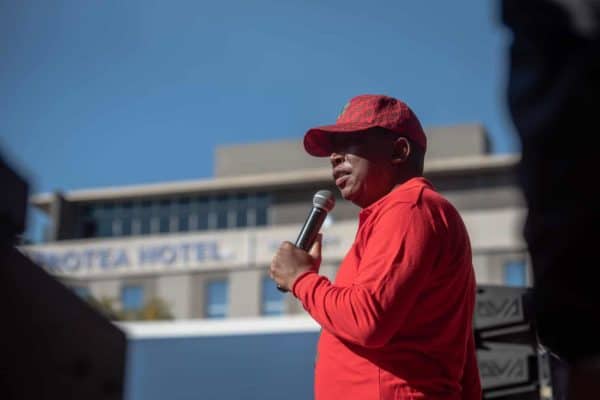 Economic Freedom Fighters (EFF) leader Julius Malema is reportedly taking the Democratic Alliance (DA) and its leader, John Steenhuisen, to the cleaners for allegations made against him last week.

“War declared on civilians. No soldiers on our streets! Otherwise, we are joining. All fighters must be ready… they won’t kill us all. We need a political solution to a political problem, not soldiers.#NoToSoldiers,” said Malema.

“It’s time for Duduzile Zuma-Sambudla and many others who have incited violence to be held accountable for the looting and violence we have witnessed over the last few days,” said DA leader John Steenhuisen on Wednesday.

“It is completely wrong for leaders to be doing this in South Africa in a situation like this. It’s no secret that leaders of the pro-Zuma faction, as well as others with aligned interests, have been fanning the flames on social media with impunity.”

However, in a letter seen by TimesLIVE, Malema’s lawyers maintain the EFF leader did not incite violence, but only expressed his disapproval of the government’s decision to deploy the South African National Defence Force (SANDF).

The EFF leader has threatened to sue the DA and leader Steenhuisen for R1 million should they not retract the allegations and publicly apologise within five days.

The allegations against Malema were labelled as “vexatious, misplaced, spurious and untrue and were made to exact political revenge on Malema and his reputation, and indirectly on the EFF”, the publication quotes the lawyers as saying.