There was never an insurrection in SA, government is lying, says Malema

The EFF commander-in-chief says those who suggest the unrest was a result of an insurrection are liars and charlatans. 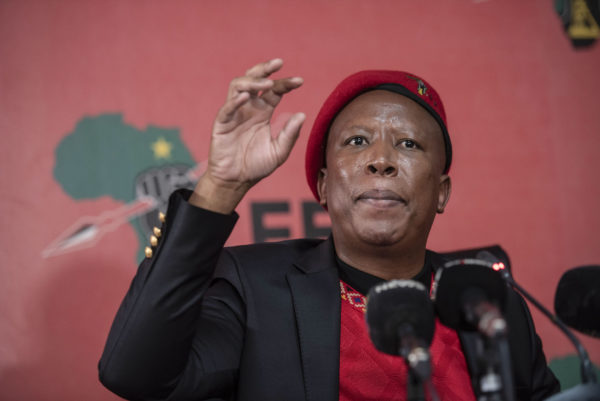 Economic Freedom Fighters (EFF) leader Julius Malema has accused President Cyril Ramaphosa’s government of misleading South Africans about the civil unrest that occurred in KwaZulu-Natal and Gauteng this month, saying it was not an insurrection as characterised by the government.

Addressing EFF’s virtual eighth birthday celebration on Monday, Malema said the Red Berets were firmly behind the citizens who looted shopping malls and other stores because were trying to “provide food for their children”.

More than 300 people were killed during the unrest that was sparked by the incarceration of former president Jacob Zuma for being in contempt of the Constitutional Court.

ALSO READ: I want to retire from politics at the age of 55 – Malema

Malema said the violence was an indication of a ticking time bomb of the country’s socio-economic challenges.

“Today, those who tried to protest against this government, the soldiers were sent on the streets of South Africa to threaten people from exercising their democratic right.

“We warned about this, and we want to warn again, that the state will intensify its attack on defenseless people who are not aiming at toppling any government through undemocratic methods but through protest and showing their dissatisfaction against this kleptocratic government of the ANC,” Malema said.

The EFF commander-in-chief said those who suggested that the unrest was a result of an insurrection were liars and charlatans.

Malema said the EFF did not support the widespread looting and destruction of property but understood the plight of the poor.

“But we want to emphasise that we are on the side of the people who were engaged in the activities of looting and fighting to provide food for their children.

“For our mandate deriving from our manifesto and the constitution, we have an obligation at all material times to be on the side of the weak. Those who are accused of looting are the weak and we will always be on their side,” he said.

The EFF leader also called for Ramaphosa to withdraw the deployment of the army from communities affected by the violence.

READ NEXT: EFF to ‘share power’ with ANC, and Malema ‘will be president’ – reports