Says such are part of the concerted efforts to disrupt the agenda of the party. 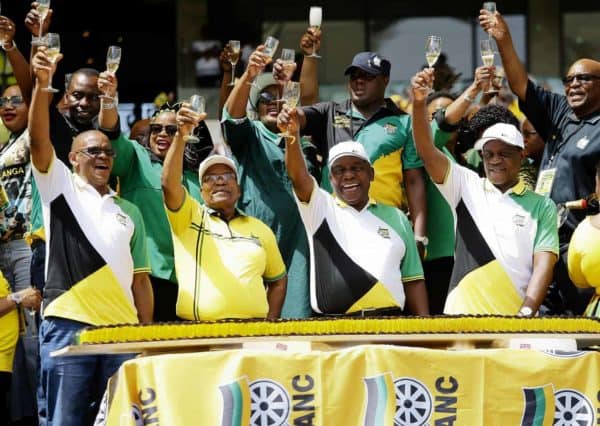 The ANC in the greater Johannesburg region has distanced itself from social media mobilisation calling for a march against President Cyril Ramaphosa.

On Thursday, the region released a statement condemning the “faceless poster”circulating on social media, calling for people to attend a “Ramaphosa Must Fall” march.

“These kinds of posters are part of the concerted efforts to disrupt the agenda for the ANC to fulfill its role to discharge its responsibility through renewing and rebuilding itself as a movement and ensure that it remains true to its founding values,” reads the statement.

“The ANC-led government is currently dealing with challenges emanating from the global pandemic, looting and vandalism of property and businesses meant to contribute to our efforts to reconstruct the economy.”

It has since labelled the march as an act of counter-revolutionary actions with an aim to demonstrate the “desperation that seeks to defocus our efforts”.

It said that it would “continuously observe such these actions and take necessary steps in due cause”.

ALSO READ: Ramaphosa must start firing some of his ‘ineffective’ ministers

“To this end, we call upon ANC members to remain disciplined and desist from participating in such counter-revolutionary protests and invest our energies in fighting the pandemic, poverty, unemployment and inequalities,” the statement continued.

Meanwhile, Ramaphosa has hinted at a probable reshuffling of his Cabinet following the recent deadly unrest that engulfed parts of Gauteng and KwaZulu-Natal.

There have been growing calls from several quarters of society, including opposition parties, for Ramaphosa to fire some of his ministers after contradictory messages from security cluster about the civil unrest.

Ramaphosa said: “The issue of reconfiguring Cabinet is an ongoing consideration by any president. You look at how do you deploy the people who you’re working with and how you place those people to execute various tasks.

“So it is an ongoing process of evaluation and all that. It’s not something that we would say ‘it’s a process that is outlandish’. We continue to look at it.”