The EFF criticised judiciary of colluding with the ANC against the opposition in elections. 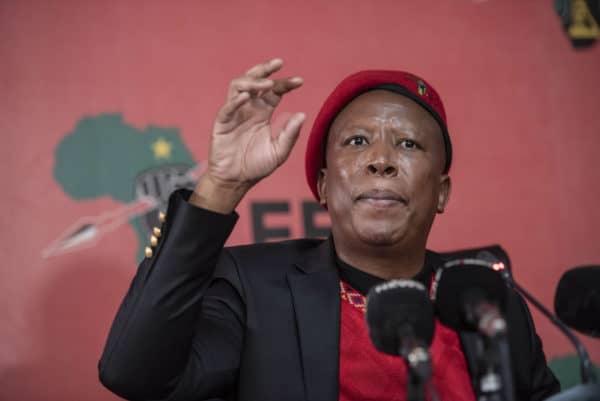 Economic Freedom Fighters (EFF) leader Julius Malema is accusing Deputy Chief Justice Raymond Zondo and the
Constitutional Court judges of incompetence, but an expert said the claim had no substance as it was part of the EFF’s plan to discredit the judiciary.

The EFF also criticised them for allegedly colluding with the ANC against the opposition in elections.

But an expert, who preferred to remain anonymous, blamed it on political parties overwhelming judges with too many urgent cases.

“They are inundating the judiciary with many urgent matters and it’s a bit unfair to expect the court to deliver when there is so much on the table. The objection should be raised against the legalese of the process,” the expert said.

ALSO READ: ‘There is no longer lockdown for EFF’: Malema says they won’t follow ‘nonsense’

Another analyst, Dr Ralph Mathekga, said the EFF statement had no substance.

“I don’t think the Constitutional Court can be faulted. I think the EFF is just positioned to raise doubt about the judiciary and this seems to be a political project which had been coming for while from the EFF.”

Malema said the Constitutional Court’s failure to deliver judgment on the postponement of the 27 October local government elections and the rescission on the 15 months’ sentence imposed on Jacob Zuma were examples of judicial incompetency.

“There is a gross incompetency at the highest level of the judiciary, starting with the incompetent Acting Chief Justice Zondo,” Malema said.

“Zondo has put us in this mess because he took the Zuma contempt of court matter to the Constitutional Court instead of the lower court.

ALSO READ: Justice Zondo is too ‘incompetent’ to be chief justice, says Malema

“The court also demonstrated incompetency by taking four months to rule on the issue.”

Political analyst Sanusha Naidu said the optics surrounding this particular matter reinforced the perceptions of collusion as made by EFF.

“That played into the perceptions underlying the issue,” Naidu said.

Malema promises electricity and houses, implies the ANC doesn't care for its people
2 hours ago
2 hours ago
PREMIUM!

Bitter Zuma rages blindly on and on…
1 day ago
1 day ago
PREMIUM!

Malema promises electricity and houses, implies the ANC doesn't care for its people
2 hours ago
2 hours ago
PREMIUM!

Bitter Zuma rages blindly on and on…
1 day ago
1 day ago
PREMIUM!