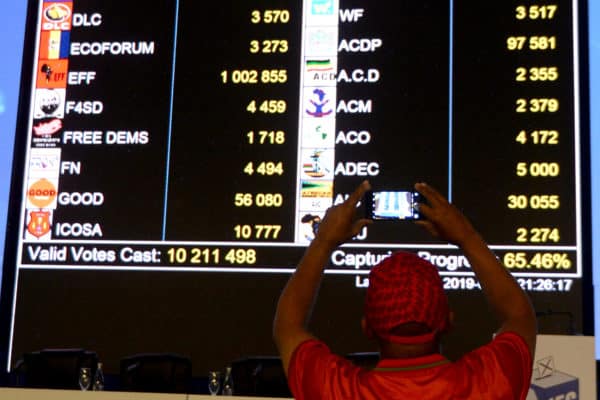 The Democratic Alliance (DA) has accused the Independent Electoral Commission (IEC) of being incapable of implementing Political Party Funding Act.

The electoral oversight body released its first quarterly report on political party donations on Thursday, revealing that a total of nearly R31 million has been declared.

“The IEC’s report is hopelessly inadequate.

“Although it mentions parties that indicated they have nothing to declare or did not respond to their reminders, it fails to name them. This clearly indicates that the IEC is incapable of implementing the legislation,” said DA federal finance chairperson Dion George

The Act mandates all political parties to disclose donations above R100,000 to the IEC.

“If the purpose of the legislation is to ensure transparency, then it must list those parties who did not receive donations above the maximum threshold and those that ignored their communication. It should withhold payments from the Represented Political Party Fund from these parties,” said George.

George added the IEC must also ensure that nil declarations are correct.

“It can easily do this by inspecting the financial records of those parties.”

The party insists the IEC has failed at its first attempt to promote transparency within political party funding.

“It needs to try harder, otherwise it might find a reluctance from compliant parties to report in future,” said George.

“Donors recognise that money gifted to the DA is well spent. We are the party strong enough to hold the ANC to account, through the courts if necessary, when they attack the very foundations of our still-fragile democracy. That is why the DA has outperformed every other party in donor disclosure numbers.”