The party says the lack of coverage on its events was 'a clear demonstration of bias by the SABC'. 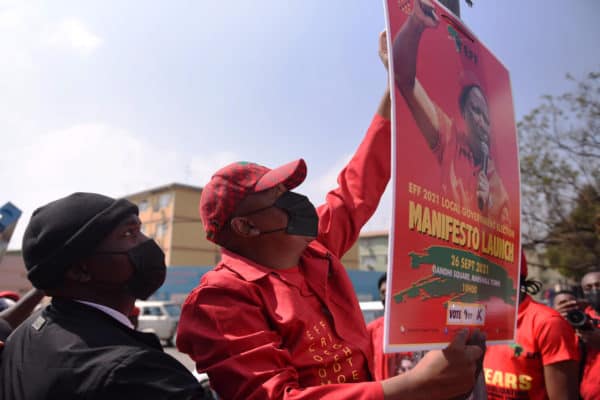 EFF leader Julius Malema puts up a posters along Roosevelt Street at Alexandra in Johannesburg, 10 September 2021, during his voter registration drive as the party prepares to launch its election manifesto. Picture:Nigel Sibanda

The Economic Freedom Fighters (EFF) has lashed out at the South African Broadcasting Corporation (SABC) for what it called a “black out” on the party’s election campaign.

On Wednesday, the party said that it was demanding a dedicated team from the SABC to cover its election campaign which is currently underway or else it will wage massive protests against the public broadcaster.

“We demand a dedicated team to be assigned to the EFF during this election period,” reads the statement.

It said that the lack of coverage on its events is “a clear demonstration of bias by an entity that is meant to deliver news fairly across the political divide”.

“The SABC, led by its factional political editor, has decided to pack its cameras in the absence of an ANC elections campaign.

“It is a disgusting act, which undermines the public mandate of the national broadcaster and has turned it into a mouth piece of the ruling party at the expense of our democracy.”

The party has since cautioned the broadcaster against “partisanship” towards the ruling ANC.

“Political parties must not suffer lack of coverage on SABC platforms because the ruling party is too preoccupied killing itself and rectifying its incompetence,” reads the statement.

“The democratic order in South Africa and the rights to coverage of all political parties represented in legislatures does not depend on the activity of the ruling party.

“The SABC must cover all political parties whose election campaign has begun, freely and fairly. Equal coverage of election campaigns is pivotal to a new democracy. The recent blackout reveals the SABC in its current state as fickle, dishonest and captured.”

The EFF warned the SABC to desist from its “partisan behaviour”, failure which will result in “massive” protest action in “defence of the independence of the SABC”.

“There is no rationale in the tired excuse that allocation is what restricted coverage of the EFF elections campaign which was comprised of community meetings, because there was no other political party that was engaged in any electoral activity that would amount to strain on the SABC’s resources or allocated schedule for political parties.” 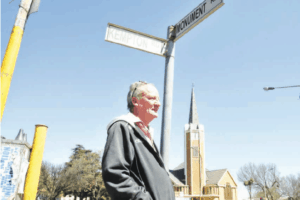 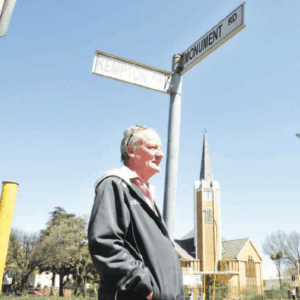 'Rambo-phosa' will have to hope his voters remain gullible
3 hours ago
3 hours ago
PREMIUM!

'Rambo-phosa' will have to hope his voters remain gullible
3 hours ago
3 hours ago
PREMIUM!