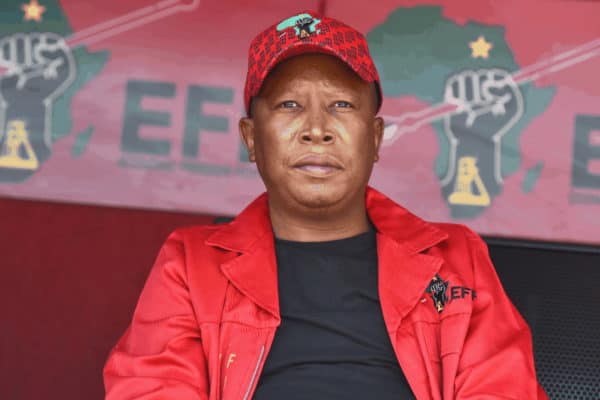 Despite threats from the SA National Defence Force that attempted to put Economic Freedom Fighters leader Julius Malema in his place on military matters a month ago, the self-styled Commander-in-Chief has continued with tweets that try to suggest that there are problems in South Africa’s military.

The latest was a tweet on Thursday sharing a message Malema supposedly received from a soldier serving in Mozambique who was complaining about not getting a “daily allowance” and allowances for water and toiletries.

Malema was combative about it, saying: “Our soldiers are suffering in Mozambique and some fool here at home, through Zoom interview from the comfort of their home with ugly curtains is going to say it is fake news. Please look after our own @SANDF_ZA @CyrilRamaphosa!”

However, this didn’t deter Director at African Defence Review Darren Olivier from saying he found the claim dubious.

He said: “I’m sceptical. There’s no such thing as a water or toiletries allowance, and nearly all the SANDF troops in Mozambique are Special Forces personnel who aren’t reporting supply issues. Anonymous SMS messages saying just the right thing for election season are awfully convenient.”

Towards the end of August, Malema and the SANDF got into an unusual confrontation, with Malema even describing the military as “bloody fools”.

The SANDF had denied his claims that soldiers deployed to riot-hit areas in KwaZulu-Natal were threatening to withdraw from Operation Prosper. They labelled this a “baseless insinuation aimed at causing panic”.

While not naming Malema directly, they warned that anyone spreading “fake news” during the lockdown was liable for prosecution.

Malema had shared a screenshot of a message purporting to be from a soldier who was complaining about not receiving meal allowances.

It read: “Afternoon Mr Malema, please help us, we are soldiers deployed in KwaZulu-Natal. We are suffering from the SANDF. There is no food for us, since last week we are buying food for us from our own salary. [The] army [has not] provided [food] us since last week. They promise[d] us meal allowance, [but] even now [there is] no meal allowance. Please help us, you are our last hope. If we ask them, they victimised us. Please sir, help us. I cannot name myself, but I’m a concerned soldier.”

The SANDF in a statement later admitted there had indeed been issues with meal allowances – which had since been attended to. It called out social media posts alleging the soldiers were threatening to abandon their operation over the issues.

“The SANDF dismisses with contempt and scoffs at the baseless insinuations aimed at causing panic in the country. Perpetrators of these insinuations are reminded that it is an illegal and a prosecutable offence to spread fake news or misinformation,” said Brigadier General Mafi Mgobozi.

In response, the EFF leader told the SANDF to “bring it on”.

“Rubbish, try me bloody fools. Bring it on, I’m not scared of rubbish,” he tweeted in response.

EFF deputy president Floyd Shivambu also hit back at the SANDF and said there was nothing to prosecute because the issues with meal allowances were there.

“Unfortunately you can’t prosecute anyone because now one [sic] spread fake news or misinformation about you. The reality and indisputable fact is that you can’t feed your soldiers and ground forces. What kind of a so called army are who can’t give food to soldiers? Disgrace!”