This is not the first time that ActionSA has encountered some problems with the IEC. 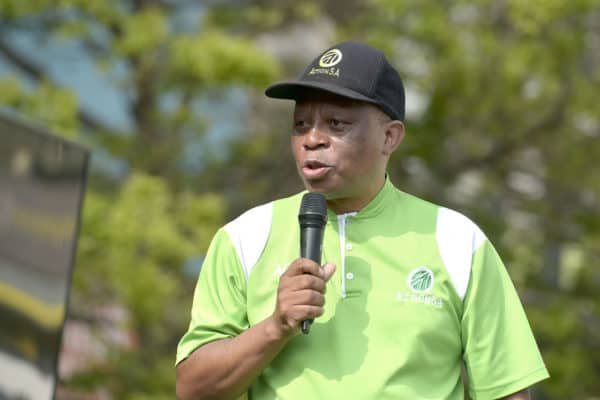 ActionSA has threatened to take legal action against the Electoral Commission of South Africa (IEC) after the party’s name was left out from the ballot list ahead of the upcoming local government elections.

In a statement released on Sunday, ActionSA revealed that it has written to the IEC to provide answers on the omission.

The party has given it until 10am on Monday to resolve the matter or it will “direct its legal team to pursue any legal remedy available to our party including our courts of law”.

The matter comes after the IEC presented final draft ballot papers for wards in Gauteng during a sign-off session on Saturday, with the country set to go to the polls on 1 November.

“In the IEC’s drafted ballot paper, only our logo features – the party’s name does not appear and an empty space has been left in its place.

“The implication of this is that ActionSA supporters will be limited only to a candidate name and a logo to identify the party on the ballot, while other parties will have the benefit of their name or popularised acronym appearing.

“Despite immediately raising this as an objection with the IEC, both during and after the ballot sign-off held yesterday, ActionSA has been informed that the issue will not be addressed,” ActionSA leader Herman Mashaba said.

Mashaba said it was “redundant to hold a session to sign-off on ballot papers and then refuse to address the material objections arising from that process”.

He also said the party was concerned about “what appears to be a continued pattern of decisions made against the interests of ActionSA”.

This is not the first time that ActionSA has encountered some problems with the IEC after the commission had rejected the party’s application to register as a political party.

The IEC had rejected the application due to the ActionSA’s logo deemed to be similar to another party’s logo, and contained the colours and design of the South African flag.

The application was then given the greenlight in December last year after ActionSA tweaked their logo slightly, replacing all colours of the logo from those found in the South African flag in the original design to green.

ActionSA’s candidates were also erroneously omitted from the IEC’s lists for Gauteng this week, which had left the party fuming.

“The exclusion of our candidates from the candidate list published this week has been resolved but not publicised and we must endure an arbitrary refusal to reflect ActionSA equally on the ballot papers,” Mashaba added.