The PEC said it was concerned that Mkhwebane released her report 'on the verge' of the 1 November local governing elections. 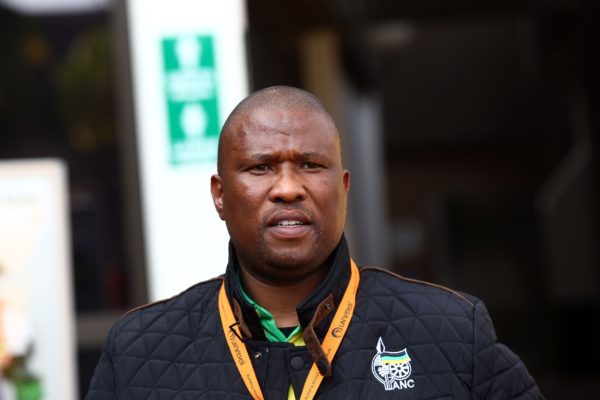 The ANC’s Eastern Cape provincial executive committee (PEC) wants Premier Oscar Mabuyane and public works MEC Babalo Madikizela to face the party’s provincial integrity commission (PIC) after they were fingered in a damning report by the Office of the Public Protector.

The report found the pair, including the provincial ANC, allegedly benefited from a R1.1 million tender set aside to transport mourners to Mbizana in 2018 to a memorial service for late struggle icon Winnie Madikizela-Mandela.

Mabuyane is the ANC Eastern Cape’s provincial chair and Madikizela is the provincial treasurer.

ANC provincial spokesperson Loyiso Magqashela said both men had previously appeared before the PIC in 2019 on the same matter, and were subsequently found not guilty of any misconduct.

Magqashela said the PEC directed them to once more present themselves before the PIC, to update the structure about the current developments involving the public protector’s report, so that the PIC can “make a judgment call”.

“The special PEC received a report that both comrades are challenging the public protector report through a judicial review in court.

“The meeting welcomed the report and the action undertaken by both comrades. The ANC fully respects their legal and constitutional rights as South African citizens to seek recourse,” Magqashela said in a statement.

ALSO READ: ‘The public needs to be protected’ from Mkhwebane, says Mabuyane

The PEC said while it respected the Office of the Public Protector, it was concerned that Mkhwebane released her report “on the verge” of the 1 November local governing elections.

The committee claimed that the report was finalised two months ago.

“This stance and timing regrettably weaponised the belief that the PP [public protector] is a party to intra-party and external factionalism,” Magqashela said.

The ANC in the province appealed to its members and the public to give both Mabuyane and Madikizela space as they challenge Mkhwebane’s findings.

“The ANC PEC reiterates its position that once there are any new developments regarding this matter, it will act consistently and decisively.”

Mkhwebane found that Mabuyane, who was the MEC for economic development in 2018, personally benefited to the tune of R450,000, and the money was apparently used to fund renovations at his home.