While there were a number of injuries reported, the three ministers were rescued safely. 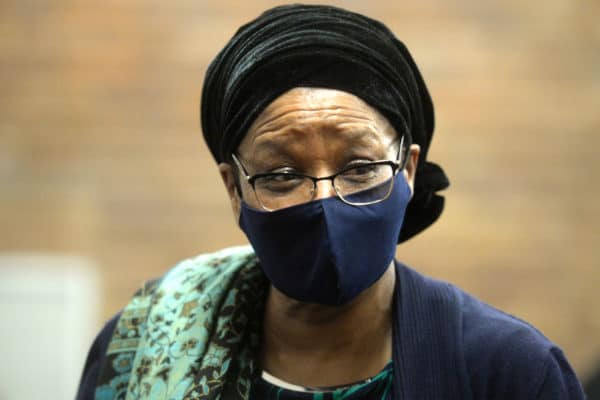 The hostage drama in which government ministers were held against their will at the St George’s Hotel in Centurion has raised concerns over the state of South Africa’s safety and security.

Special task force members of the military and police were deployed to the hotel on Thursday night after military veterans blocked the ministers from leaving a meeting.

However, they arrived at the venue to find Defence Minister Thandi Modise, her deputy Thabang Makwetla and Minister in the Presidency Mondli Gungubele instead.

The veterans refused to release the government officials until their demands were met, with the group calling for a meeting with President Cyril Ramaphosa.

They are demanding R4.4 million in reparations for a each veteran, including a housing allowance, for their children and wives to have medical aid benefits and children to be put through tertiary education, among other demands.

While there were a number of injuries reported, the ministers were rescued safely.

56 people – including seven women – have since been arrested. The suspects will face charges of kidnapping.

The state of South Africa’s security was in the spotlight following riots that took place in KwaZulu-Natal and parts of Gauteng in July this year that left more than 300 people dead.

The police, along with the ministers of the Justice, Crime Prevention and Security Cluster (JCPS), were criticised for the handling of the unrest, with Ramaphosa acknowledging government’s unpreparedness for the riots.

Reacting to the drama, United Democratic Movement (UDM) leader Bantu Holomisa said the incident was surprising and wondered why the authorities did not attend to the ministers.

Speaking to the SABC, Holomisa suggested that Ramaphosa appoint a committee to look into the military veterans.

“The commander-in-chief must appoint a committee to do a clearing exercise and call the commanders of the MK [uMkhonto we Sizwe], [if] they are still around. How many troops did you command or train, how many were inside the country. Where are the files of those people?

“Then they can work with the officials at the veterans department. But if anyone is going to pop [up] and say I was marching inside the country and I qualify to be called a military veteran, that is chaos and [a] crisis,” he said.

Meanwhile, the Congress of the People (Cope) said the hostage incident was another sign that “South Africa is fast moving toward being a failed state”.

“We want to reiterate that our country is sitting on a time bomb,” Cope spokesperson Dennis Bloem said in a statement.

Bloem said government shoud take full responsibility “for playing politics with the safety and security of the country”.

“It is quite clear that government has failed to address and solve the grievances of the military veterans. These former freedom fighters are also very much aggrieved with the level of corruption that is taking place in government, where millions of rands are looted and no one is sitting behind bars for these blatant criminal activities, and they [sic] the military veterans are struggling to make ends meet.

“The ANC government has failed to lead this country,” he said.